Two days a year, the site of a once-secret weapon project is open to visitors at the Army’s White Sands Missile Range in New Mexico.

Trinity Site is located in the northern region of White Sands Missile Range, the Army’s leading test facility for missile and space activities.

The active test facility shuts down some of its operations for the twice-a-year open house at Trinity, according to the Army’s White Sands website.  The next open house will be in October.

Trinity Site was the location for test officers on the Manhattan Project to finalize and test the atomic bomb.

Visitors can see ground zero, where the bomb was placed for explosion, and the McDonald ranch house where the plutonium core of the bomb was assembled. The McDonald house has been restored to the way it looked during the war.  Photos and displays tell the story of the site. 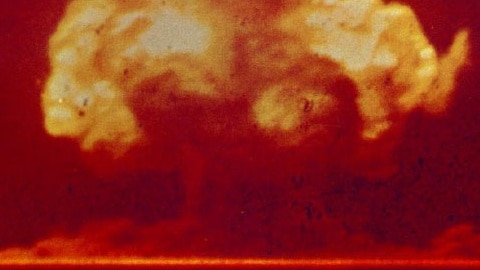 Soldiers arrived at Trinity in 1944 to set up the site.

As soldiers do, they made the most of the remote location, playing polo astride horses used for patrols, and hunting deer and pronghorn antelope, which were cooked and served in the mess hall, according to the Army’s White Sands website.

On the website is a history of Trinity Site, which has detailed documents and descriptions.  An excerpt from one narrative from the day of the test:

"Suddenly, my right eye was blinded by a light which appeared instantaneously all about without any build up of intensity. My left eye could see the ball of fire start up like a tremendous bubble or nob-like mushroom," wrote lawyer Ralph Smith, visiting from Los Alamos, New Mexico, where the bomb was designed and built.

What to know when you visit:

For more information, go to

Hundreds of millions of dollars have been spent by DoD, nonprofit organizations and employers, but spouse unemployment is still high, advocacy group says.