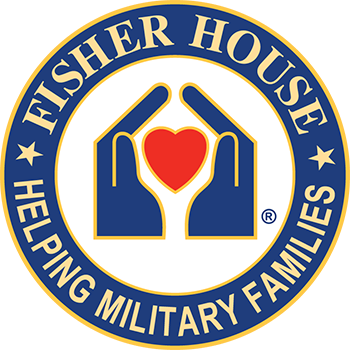 Streamers Activate Their Audiences to Support Military, Veterans, and Their Families

Veterans, military members, and their supporters now fundraise for Fisher House Foundation and other veteran service organizations through their performances on video game streaming platforms like Twitch and YouTube, raising anywhere from a few hundred dollars to thousands within hours.

Jacob Hausman, a streamer who plays under the name Deltia, hosted a 24-hour charity stream I which ultimately raised over $10,000. After taking a hiatus for over two years, the Army infantry veteran was returning to the game and was excited to return to the community he had cultivated.

“What was really cool to me about being in the military, I was 17 years old on active duty, I was coming in to people that were grown men having to take care of families,” he said. “And here I am not doing my own laundry at home, you know, spoiled little child. So it was cool because it was a big melting pot of different people from all over different cultures. And that’s what gaming is. Especially Elder Scrolls Online (ESO); there’s people from all over the world. So you’re still friends with them to this day, all over the world.”

When Jacob left the Army, streaming wasn’t the first thing on his agenda. He had some medical needs, and his mom would often take him to Omaha, Nebraska, nearly 100 miles away, for his appointments. Luckily, he didn’t need any overnight stays, but he thought a lot about how hard it was for families that did. He was excited when he heard that a Fisher House was being built in Omaha that would serve families like his.

When Jacob decided to return to streaming and the community he built, he decided that his first big stream would be a live streaming charity event that would support Fisher House Foundation.

Jacob and his team put together a video on YouTube that announced his return to the game. Streamers typically collect donations from their audience during a stream, but for the first week after his return, Jacob wanted people to raise funds for the Fisher House Foundation through a service called Streamlabs instead. The culmination of his fundraiser was a long streaming session where he promised to play ESO for 24 hours straight. Through hours of steady gaming, Jacob’s community rallied together and raised $10,064.33 – just surpassing the final goal of $10,000 in the last thirty minutes of the stream.

While Jacob and his community can boast that they’re the first team to exceed $10,000 in a streaming fundraiser for Fisher House Foundation, they aren’t the first to help serve military and veteran families in this way.

More than a dozen gamers and streamers have held events for Fisher House Foundation over the past nine months and raised over $27,000. These grassroot streamers have played everything from Tekken and Call of Duty to Rocket League and Fall Guys and used platforms like Twitch, YouTube, and Facebook to host their streams.

Deltia’s Gaming is a hub for gamers that provides coverage of gaming guides, discussions, and lifestyle advice. Launched in 2014, Deltia’s Gaming has garnered over 36 million views by creating helpful information for games like The Elder Scrolls Online (ESO) and Star Wars: The Old Republic (SWTOR). Visit www.DeltiasGaming.com to learn more about Deltia and his gaming initiatives.