The three soldiers had almost 20 years of service between them.

Lewellen, 27, of Kirksville, Missouri, had more than six years of service. 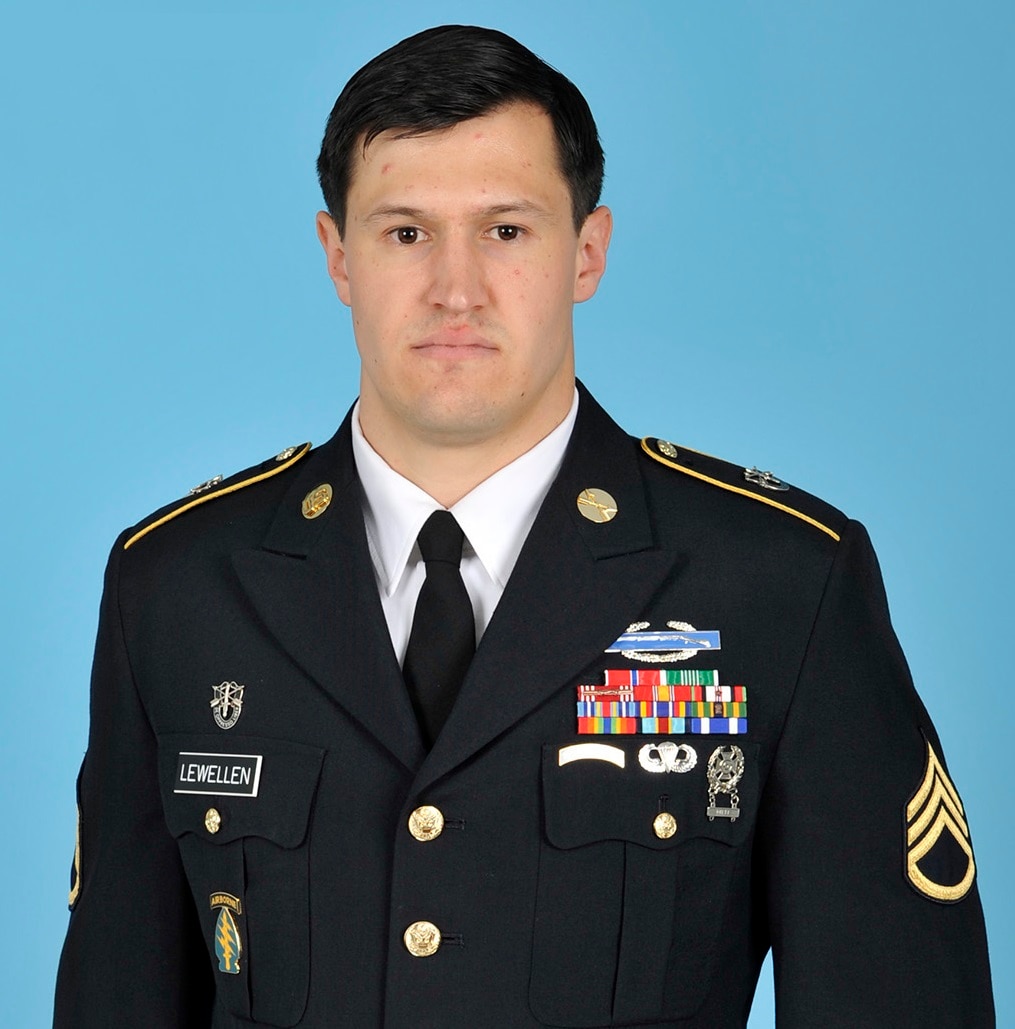 Lewellen, the second son of three children and husband to Renee Laque, was a standout high school athlete who was enrolled at the University of Kansas when he decided to serve his country, his family said in a statement.

He joined the Army in February 2010, graduating from Special Forces training in November 2012. After a 2014 deployment to Afghanistan, Lewellen was on his second deployment to Jordan when he was killed, according to his family.

"Matt was a born leader, a true American," his parents said, according to the statement. "He wanted to be a soldier since third grade, and he was doing what he loved to do."

Lewellen, who was known for his sense of humor, "was proud to serve his country, and he loved the men and women with whom he served," his family said.

Services for Lewellen will take place in his hometown of Kirksville. He will be buried at Missouri Veterans Cemetery in Jacksonville, Missouri, his family said. The family also asked, in lieu of flowers, that donations be made in Lewellen's name to nonprofit organizations that serve military families. 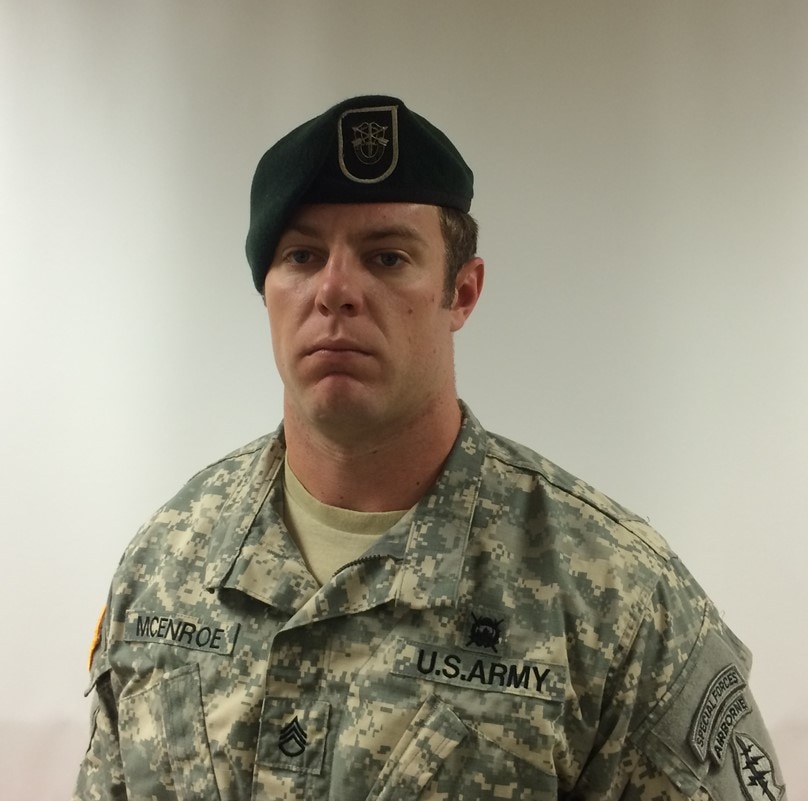 His awards include the Army Commendation Medal, the Army Achievement Medal, the Afghanistan Campaign Medal, and the Army Service Ribbon.

Moriarty, 27, of Kerrville, Texas, had more than five years of service. This was his second overseas tour.

His awards include the Good Conduct Medal, National Defense Service Medal, and the Army Service Ribbon. 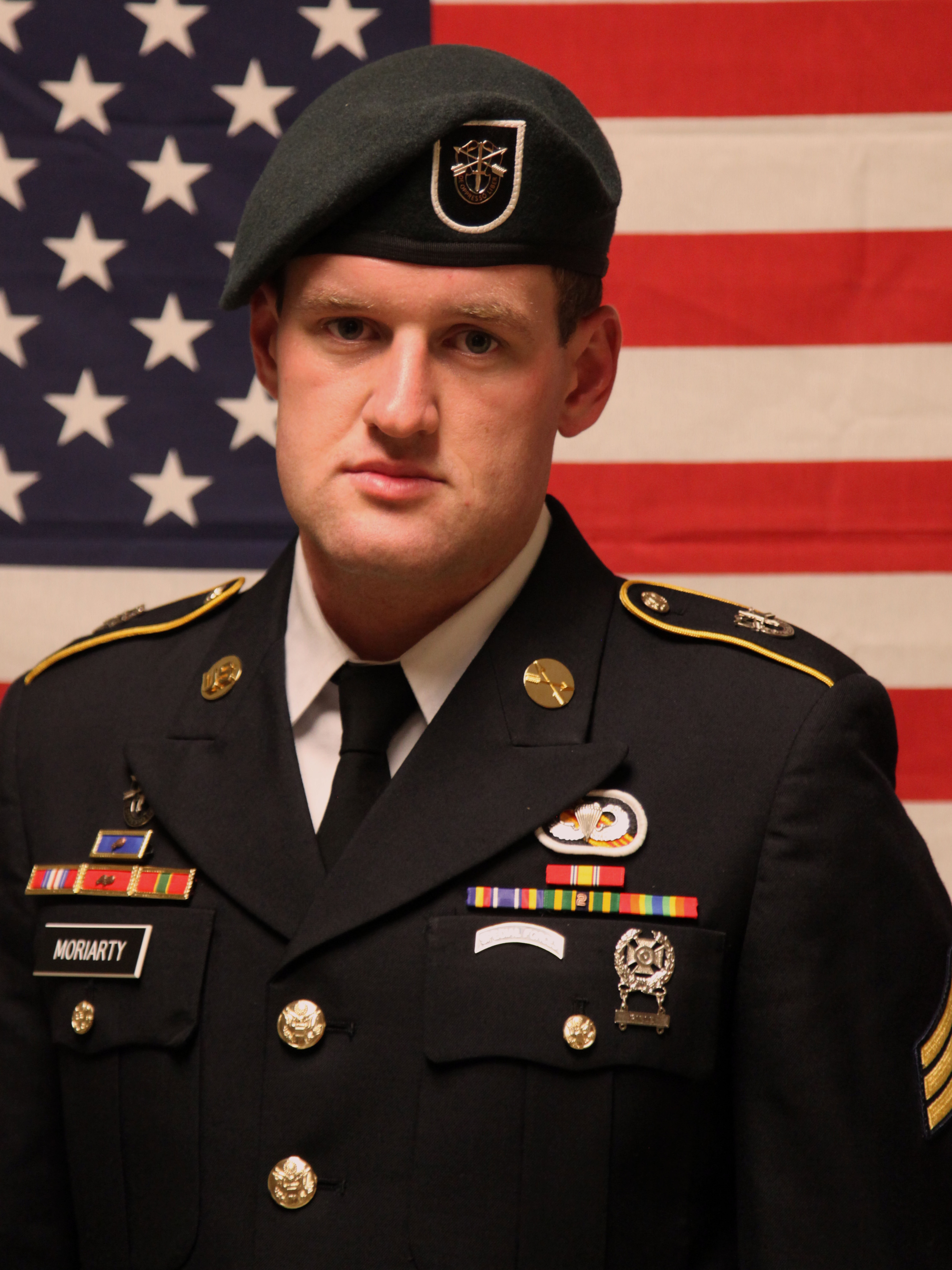 Staff Sgt. James F. Moriarty.
Photo Credit: Army
The Associated Press, citing a family spokesman, reported that Moriarty grew up in Houston and earned a bachelor's degree in economics from the University of Texas. The spokesman also said the soldier's family is heartbroken, and they are planning a memorial service in a week or two.

There were conflicting reports after the Friday shooting, as officials first thought one or two service members were killed. The number later was revised to three.

While it’s not immediately clear what prompted the shooting, Jordanian military officials have said the shots were fired as a car carrying the Americans tried to enter the al-Jafr base near the southern Jordanian town of Mann. A Jordanian officer also was wounded.

The U.S. soldiers were in Jordan on a training mission, officials said. The U.S. military typically maintains about 2,000 U.S. forces on the ground in Jordan to support training with the Jordanian military and operations against the Islamic State in neighboring Iraq and Syria.

The deaths of the three soldiers marked a deadly week for the Army’s elite Special Forces, who have been relied upon heavily in Iraq, Afghanistan and other hot spots around the world. They also were the latest in a series of casualties reported from the U.S. Central Command region.

On Oct. 19 in Afghanistan, Sgt. Douglas Riney, 26, died in a shooting attack at Camp Morehead, an ammunition supply point outside Kabul. Also killed was Michael Sauro, an Army civilian.

The shooter was reportedly wearing an Afghan army uniform.

On Oct. 20, Navy Chief Petty Officer Jason Finan, 34, was killed in Iraq during operations near Mosul.

Finan was with Kurdish forces when his unit came under attack. Finan was moving to a better position when his vehicle struck an improvised explosive device, U.S. officials said.

And on Nov. 3 in Afghanistan, Capt. Andrew Byers and Sgt. 1st Class Ryan Gloyer, Special Forces soldiers from 10th Special Forces Group, were killed in a firefight with the Taliban in Kunduz province.

3D animation shows the inner-workings of an AR-15

The video explains why the rifle is such an efficient, and ultimately dangerous, weapon.

“Everyone carries a cell phone...it’s a tool, [but] it can also be used as a weapon."

Everything we know Gen. Milley has told the Jan. 6 panel

Here is all of the publicly released testimony by the chairman of the Joint Chiefs of Staff, in one place.

The National Guard is shipping doses of Novavax’s newly approved COVID-19 vaccine out to units in hopes it will help shrink the number of unvaccinated Guardsmen who face expulsion.

US Army Cyber, Space and Special Operations Forces are coming together in a new "triad" that aims to increase effectiveness in operations and provide combatant commanders with more unique options to act.

Thomas Robertson will get credit for the 13 months he has already spent in custody.

3M sold its Combat Arms earplugs to every branch of the armed forces, but design defects may have caused hearing loss for service members.

A lawsuit against the former vice chairman of the Joint Chiefs could now go to trial.

The report calls out the State Department for deeply underestimating the number of refugees.

Reflecting on burn pits after the passage of the PACT Act

Kelly Kennedy, War Horse managing editor, was the first reporter to cover burn pits and the resulting illnesses in service members returning from Iraq and Afghanistan.

Scandals in US adviser brigade alarm leaders behind closed doors

Army officer’s assault suit against police can proceed to trial