Head of D.C. National Guard to step down during Trump inauguration

By The Associated Press

The head of the District of Columbia National Guard has been ordered to step down immediately after President-elect Donald Trump takes office.

A guard spokesman, Maj. Byron Coward, said Friday that Maj. Gen. Errol Schwartz will be stepping down at 12:01 p.m. on Jan. 20, just after Trump is sworn in.

Unlike the commanders of state-level National Guard units, the head of the District's National Guard serves at the pleasure of the president. At the time Schwartz departs, he will be in the midst of commanding thousands of Guard troops from the District and around the country who are providing support for the inauguration.

Schwartz told The Washington Post in an interview "the timing is very unusual" but that he's following orders.

"I'm a soldier," he told the newspaper, adding that he has not been told why he was asked to step down. 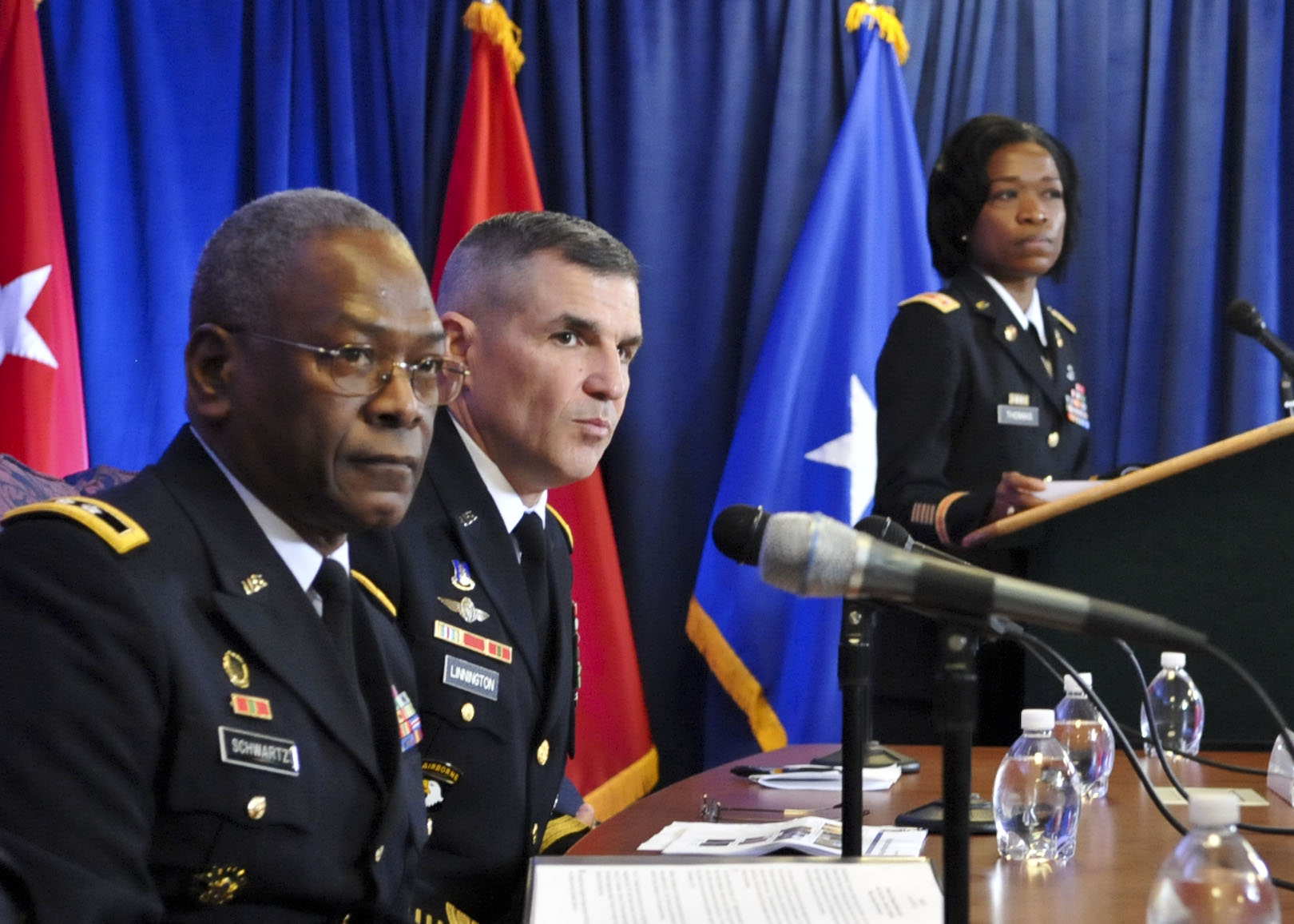 Army Maj. Gen. Errol R. Schwartz, commanding general of the District of Columbia National Guard (left), will step down during President-elect Donald Trump's inauguration Jan. 20. Here, Schwartz and Maj. Gen. Michael S. Linnington, who was then the commanding general of Joint Task Force - National Capital Region, take questions at a press conference about military support to the 57th Presidential Inauguration in 2012.
Photo Credit: Staff Sgt. Wesley Farnsworth/Air Force
Schwartz has led the D.C. National Guard since 2008, responsible for the operational readiness and command and control of the District's Army and Air National Guard units and 2,700 troops.

Schwartz enlisted in the District of Columbia Army National Guard in 1976, according to his official bio. He was commissioned in June 1979 and appointed a platoon leader in the 104th Maintenance Company. He has served in many leadership positions, including as commander of the 372nd Military Police Battalion, and later the 74th Troop Command.

The FBI confirmed to Army Times that they'd raided a fifth location of the alleged cult church.

The attack on the suspected militant is the latest in a series of strikes over the past years targeting al-Qaida-linked militants in northwestern Syria.