Army band at Fort Sam Houston to be deactivated in 2018

By The Associated Press

The 323rd Army Band at Fort Sam Houston in San Antonio is one of four bands nationwide being deactivated next year. The band called Fort Sam's Own performs roughly 350 times a year at military funerals, command changes and parades.

The San Antonio Express-News reports the band will continue to play for months, but the 30-year-old unit will end its tour with San Antonio's Fiesta festival in April 2018. The unit's 54 members will then be scattered to Army posts across the country.

Army bands have decreased from 99 to 91 in recent years amid cost cutting. 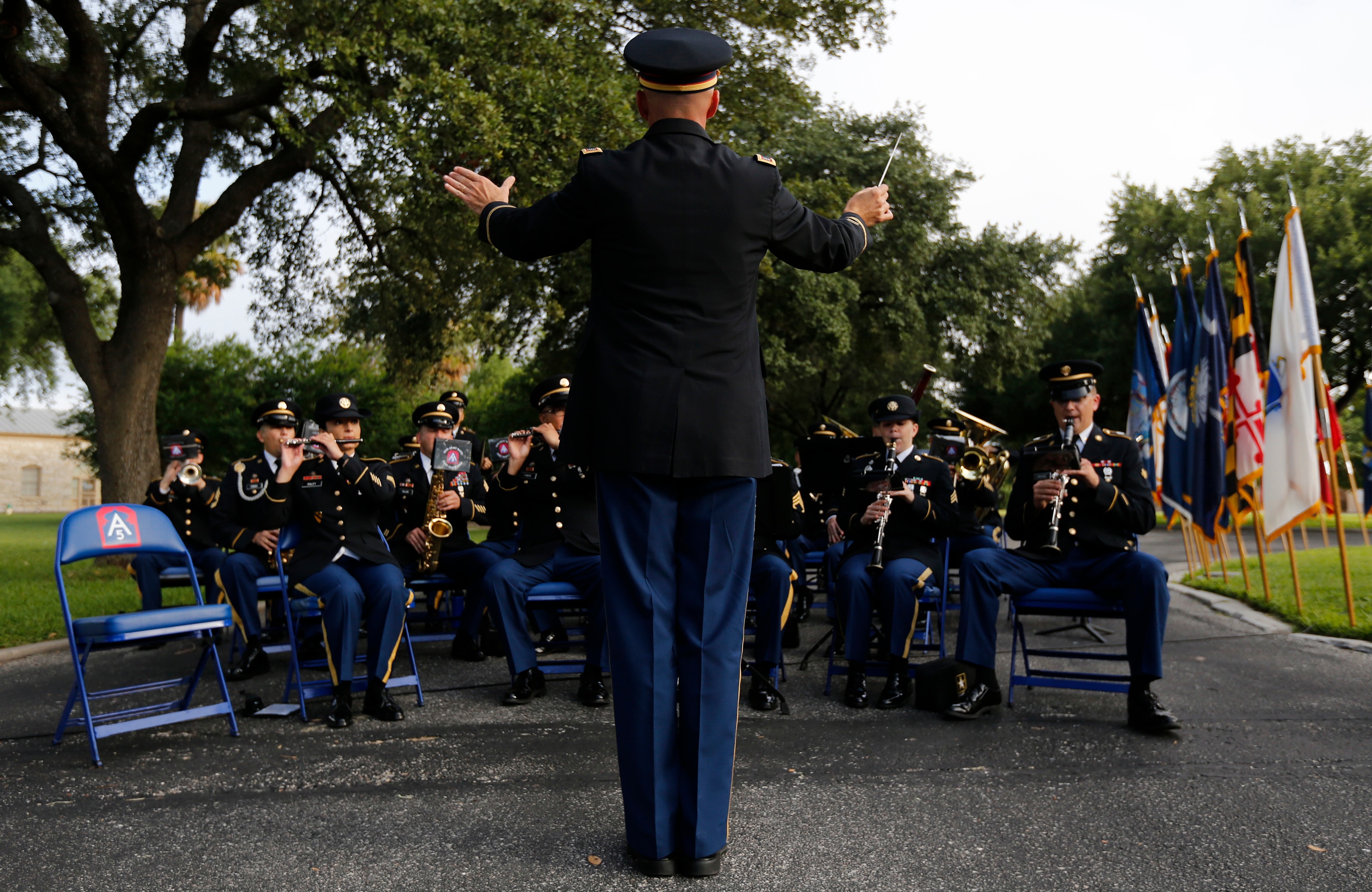 In a Thursday, June 29, 2017 photo, band commander Jonathan Ward leads the 323rd Army Band during a retirement ceremony at Fort Sam Houston. The Army is breaking up the 323rd Army Band, called 'Fort Sam's Own,' ending a run that has seen musicians from the post serenading everything from command change ceremonies and funerals for heroic soldiers to downtown parades.
Photo Credit: Kin Man Hui/San Antonio Express-News via AP
Fort Sam's Own is the last in a continuous line of Fort Sam bands stretching back to the 1890s.

The FBI confirmed to Army Times that they'd raided a fifth location of the alleged cult church.

Sergeant to private: How I overcame addiction and salvaged my Army career