WEST POINT, N.Y. — The chairman of the Joint Chiefs of Staff urged graduating cadets at the U.S. Military Academy on Saturday to “embrace the constant changes” facing the military as the best route to success.

Gen. Joseph Dunford, the nation’s highest-ranking military officer, said armies that are slow to adapt to changes often find themselves on the wrong side of history.

“There’s no substitute for taking a clear-eyed look at the threats we’ll face and asking how our force will adapt to meet those threats,” said Dunford, who became chairman in October 2015. “To be successful, you have to anticipate and embrace the constant changes.” 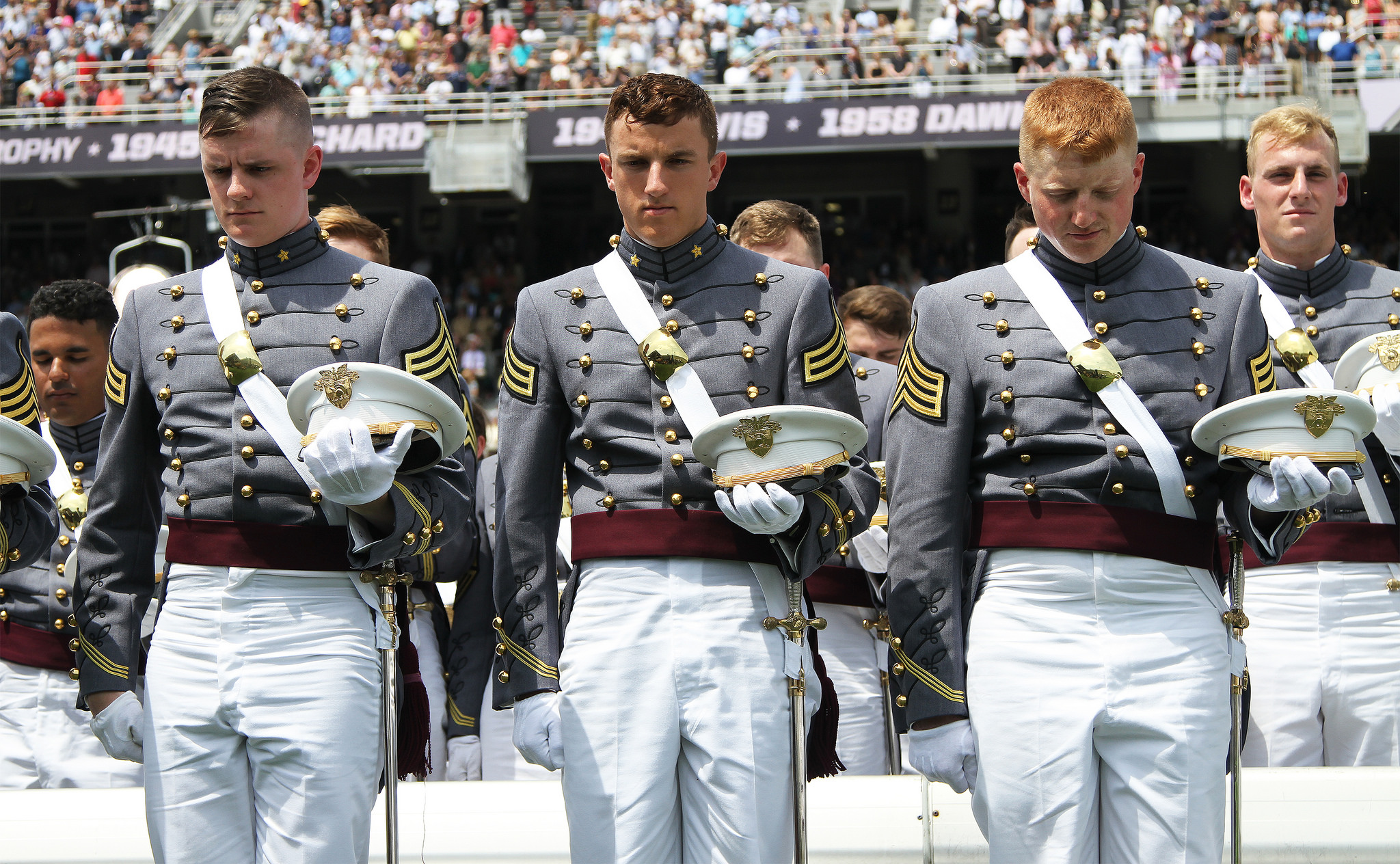 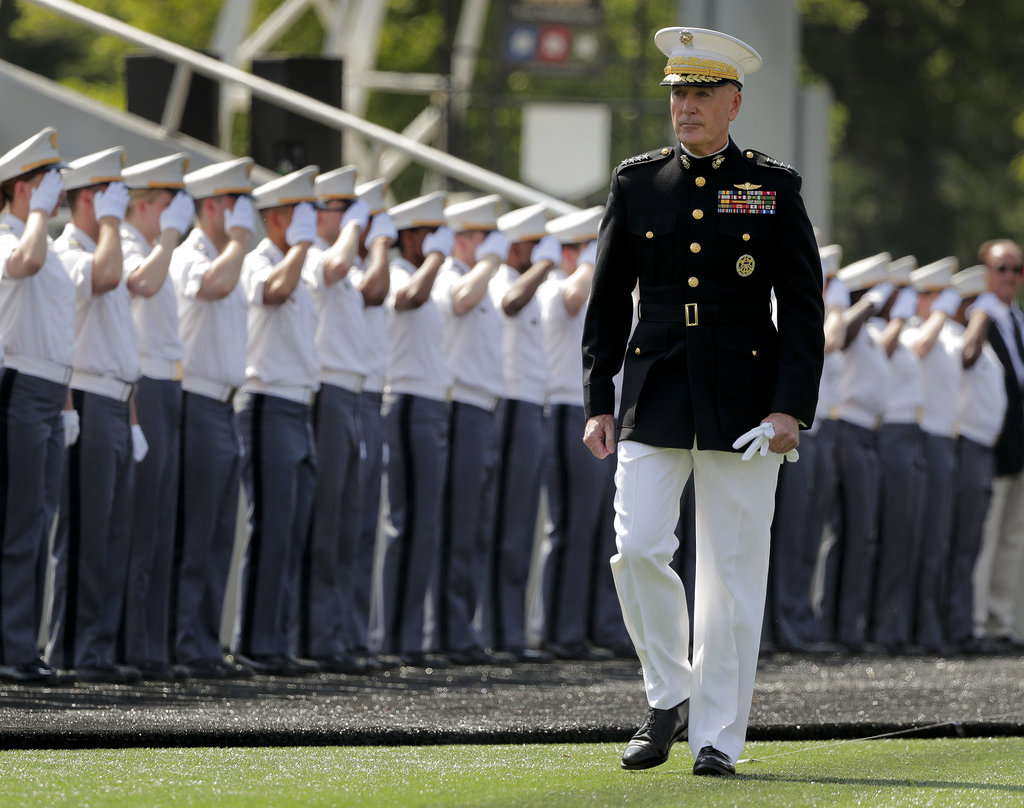 General Joseph F. Dunford Jr., chairman of the Joint Chiefs of Staff, enters Michie Stadium to give the graduation addresss during graduation ceremonies at the United States Military Academy, Saturday, May 26, 2018, in West Point, N.Y. (Julie Jacobson/AP)
3 of 14 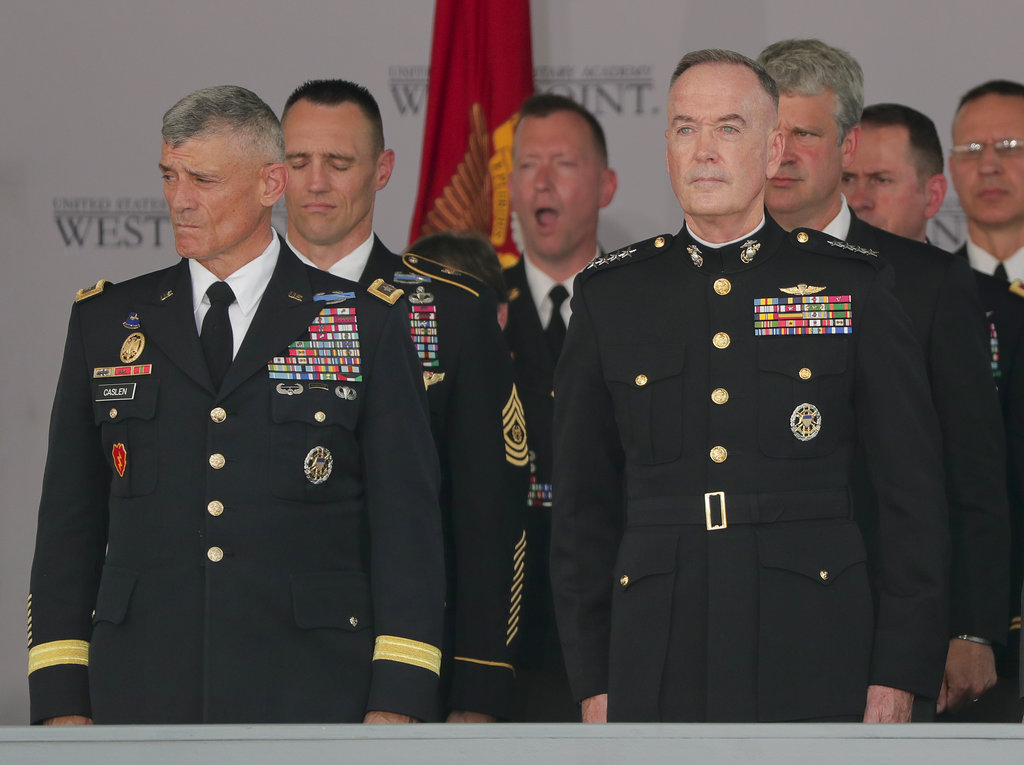 Lt. Gen. Robert Caslen Jr., superintendent at West Point, left, and General Joseph F. Dunford Jr., chairman of the Joint Chiefs of Staff, stand during the singing of "The Corps" during graduation ceremonies at the United States Military Academy, Saturday, May 26, 2018, in West Point, N.Y. (Julie Jacobson/AP)
4 of 14 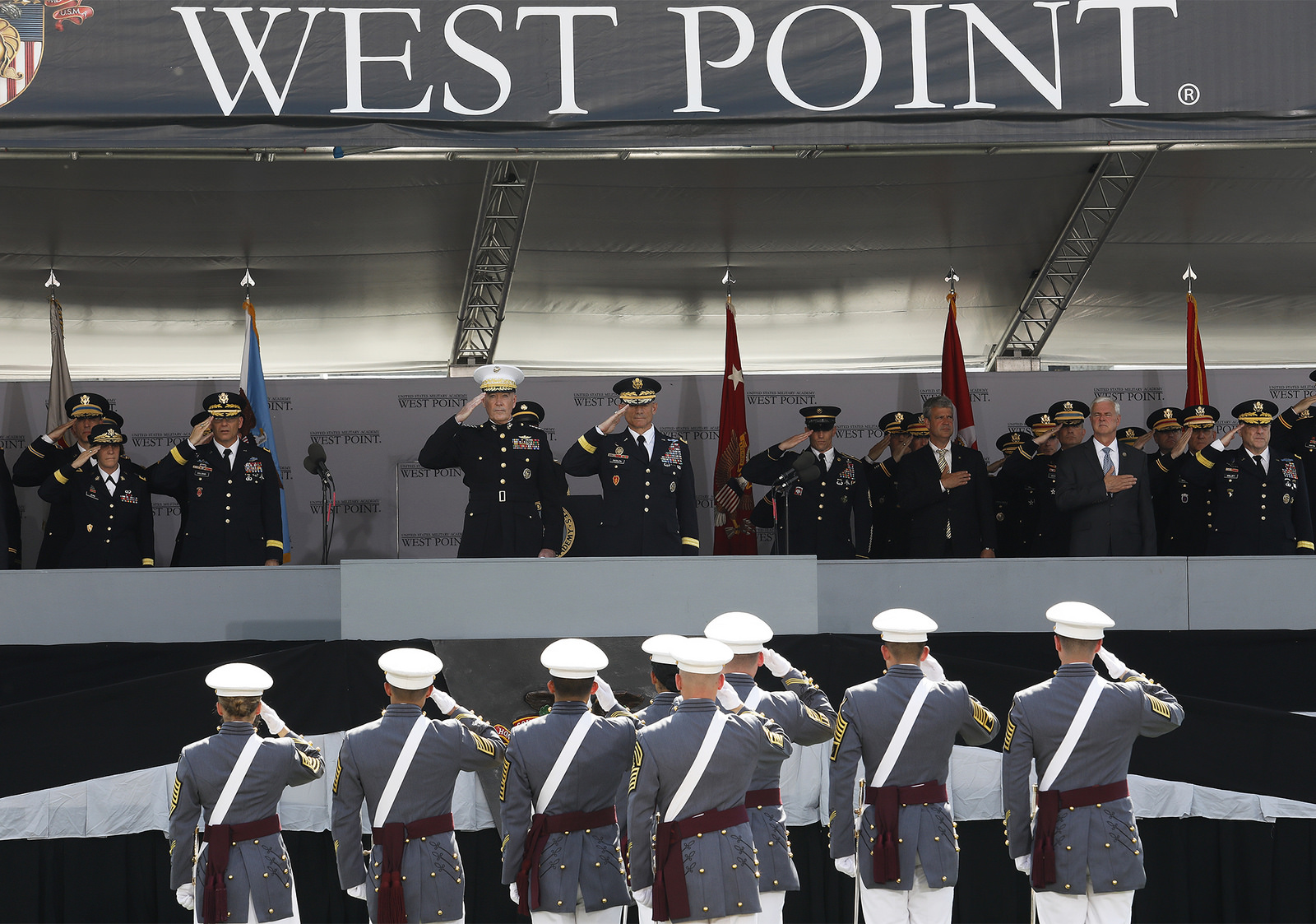 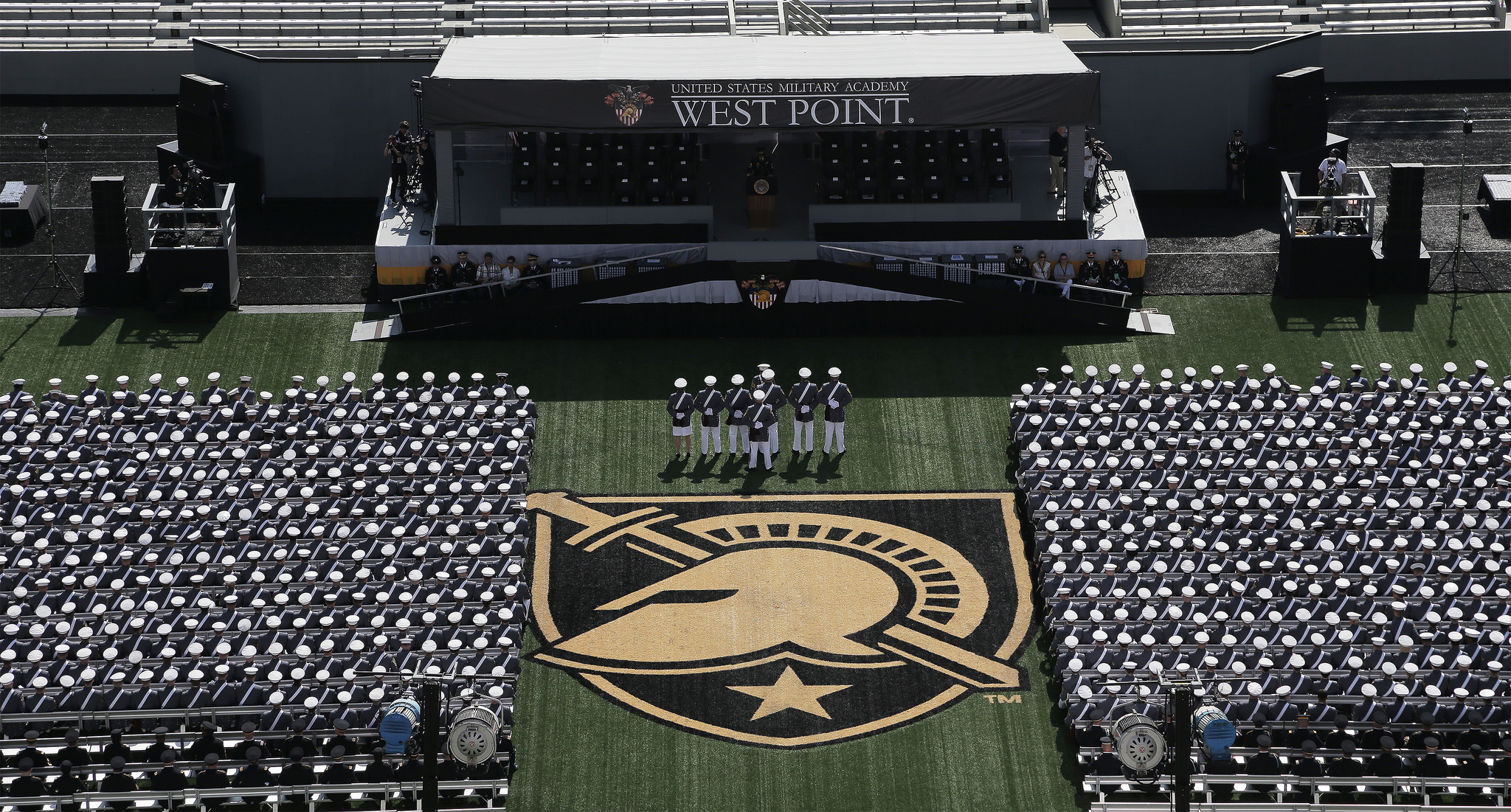 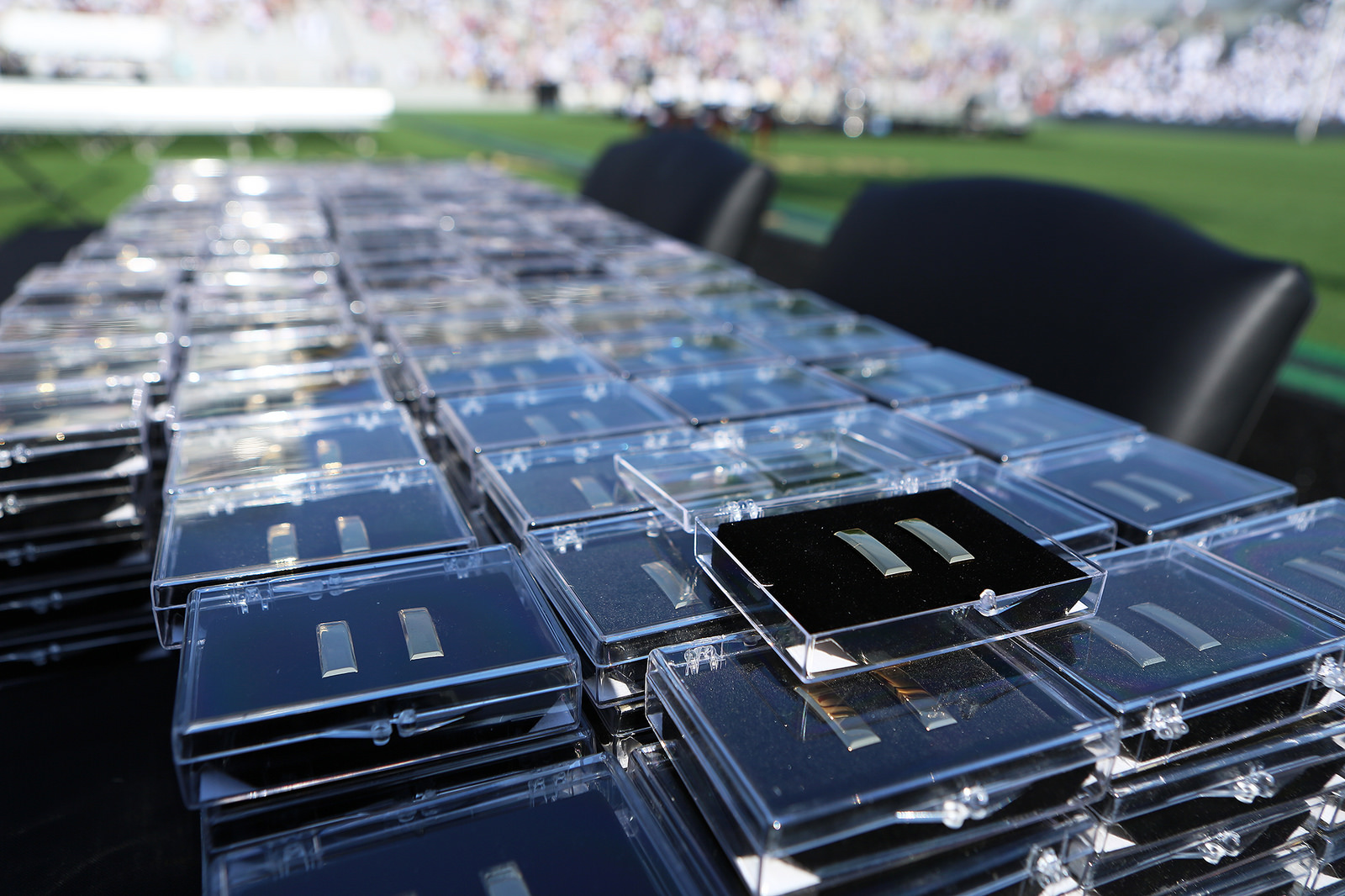 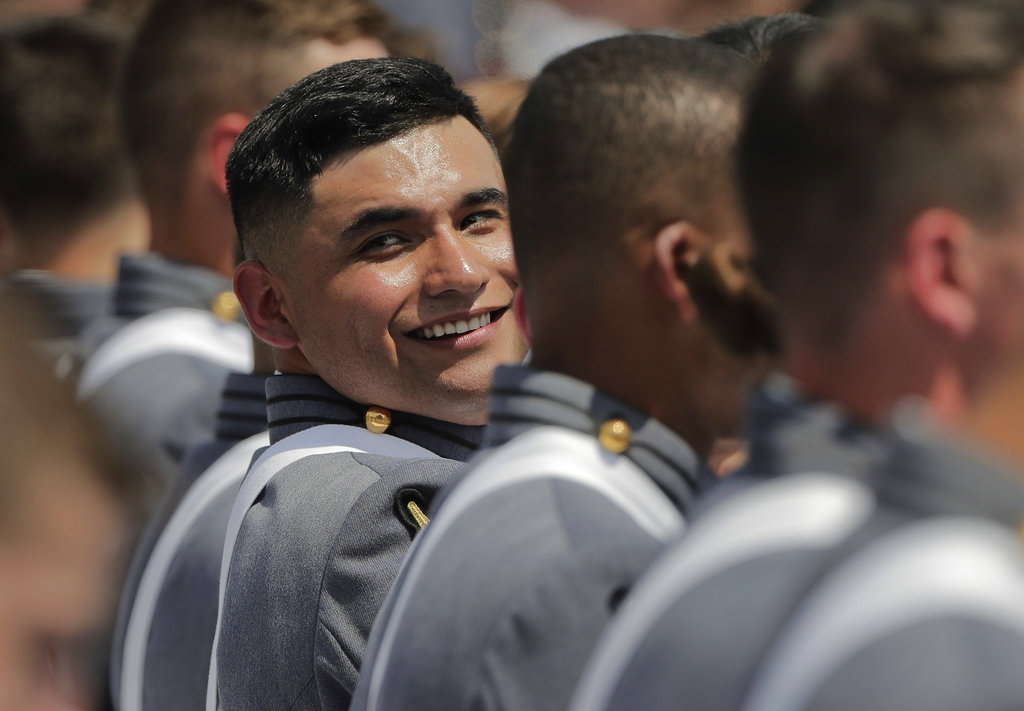 A West Point cadet looks back at other cadets who just received their diplomas during graduation ceremonies at the United States Military Academy, Saturday, May 26, 2018, in West Point, N.Y. (Julie Jacobson/AP)
8 of 14 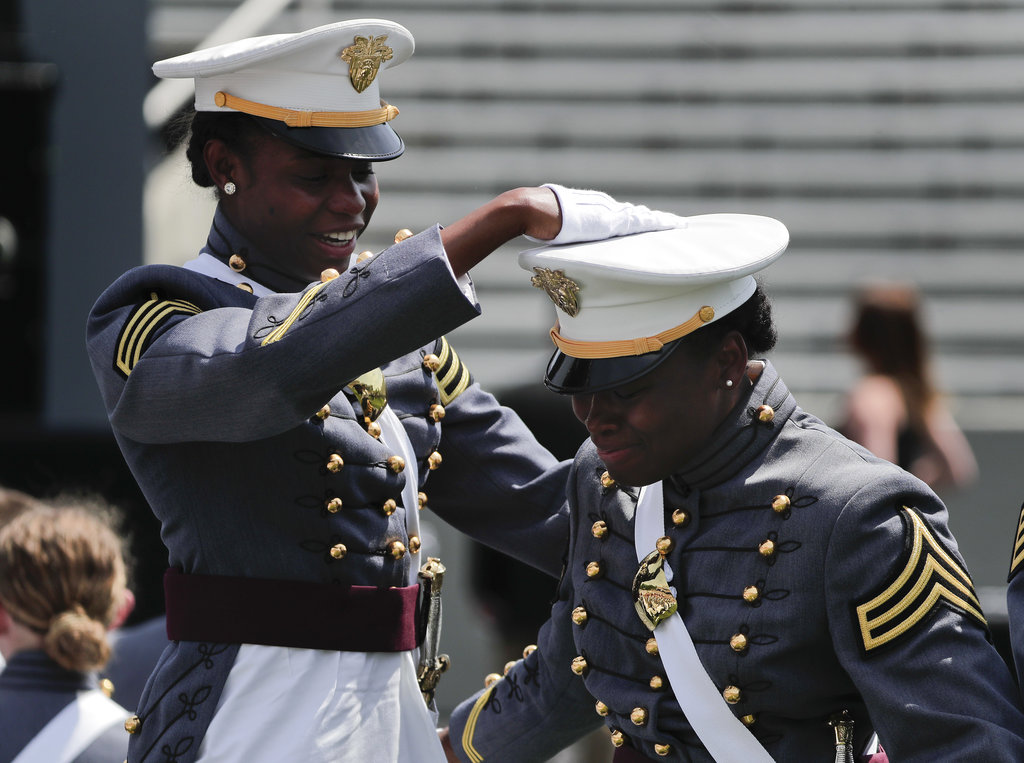 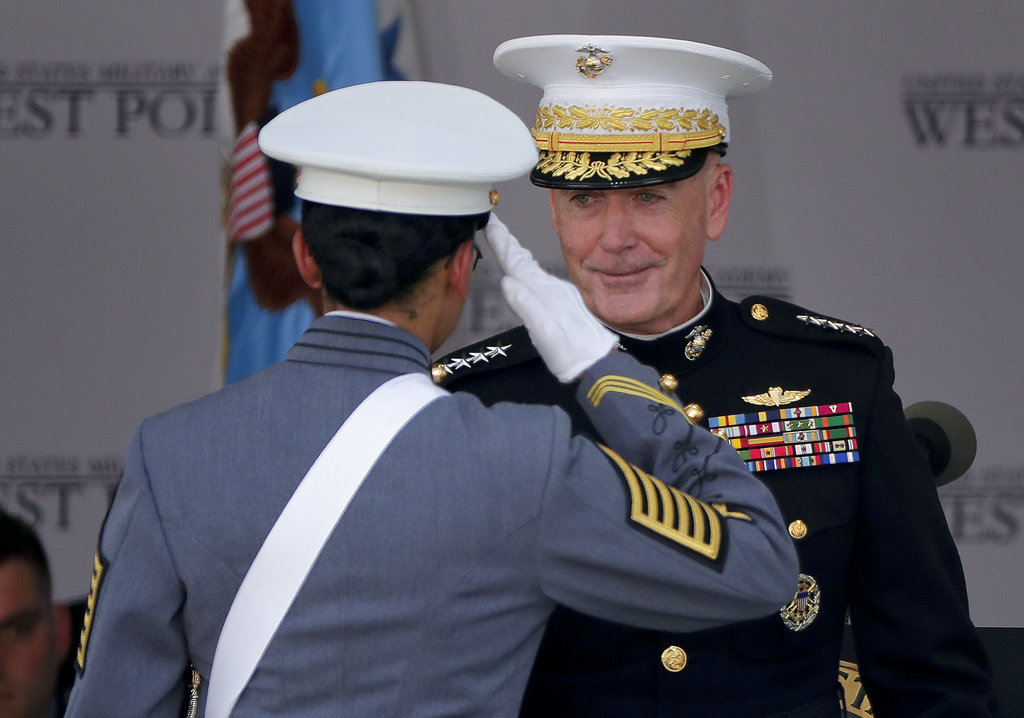 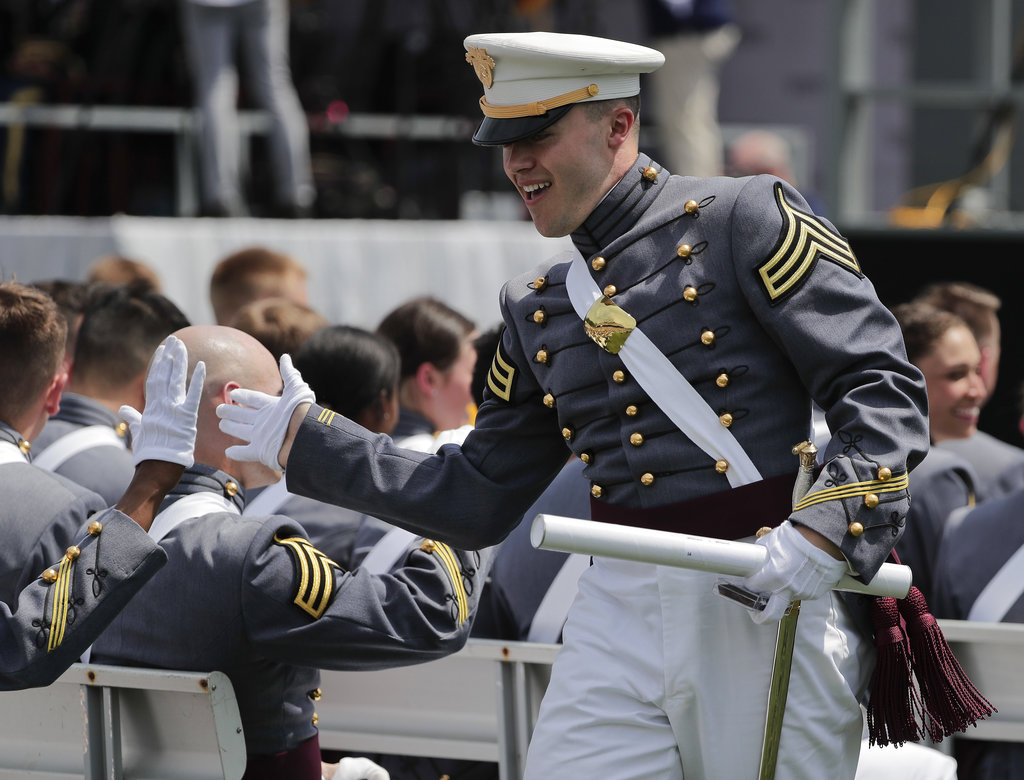 A West Point cadet gets a high five from a friend after receiving his diploma during graduation ceremonies at the United States Military Academy, Saturday, May 26, 2018, in West Point, N.Y. (Julie Jacobson/AP)
11 of 14 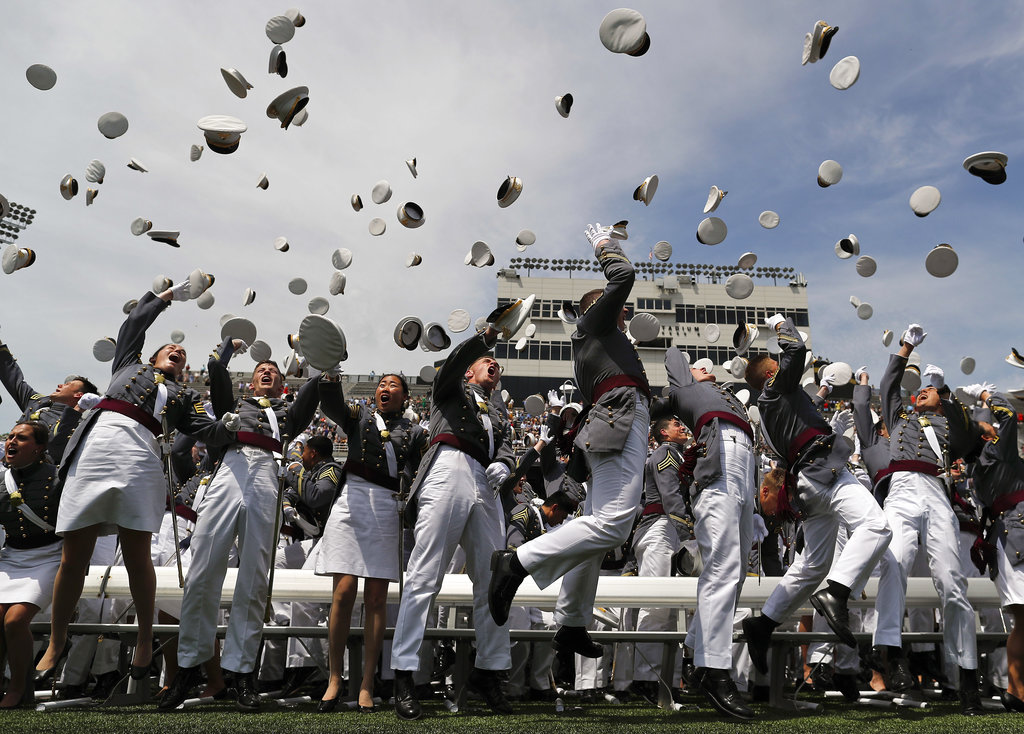 West Point graduates toss their caps into the air at the end of graduation ceremonies at the United States Military Academy, Saturday, May 26, 2018, in West Point, N.Y. (Julie Jacobson/AP)
12 of 14 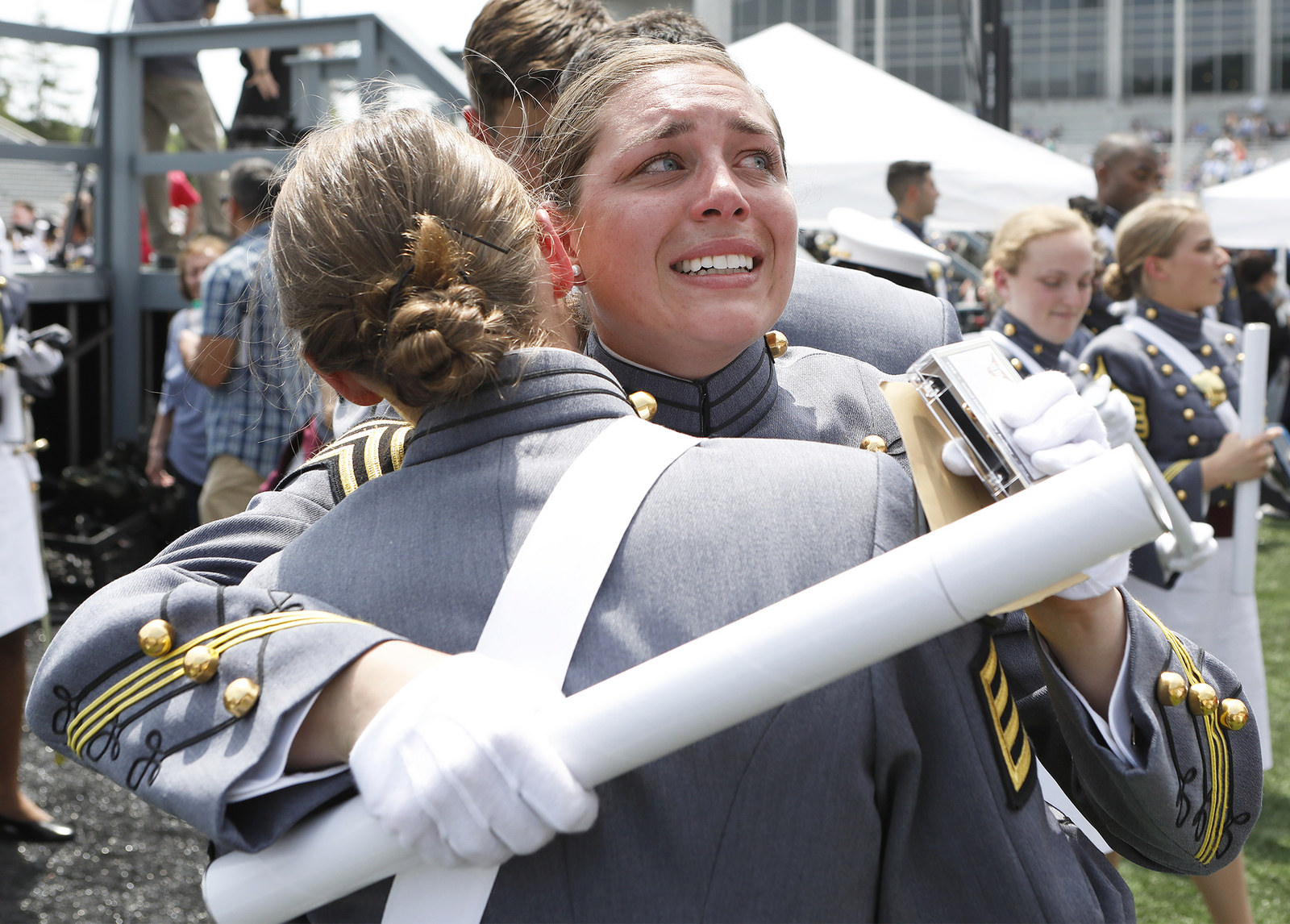 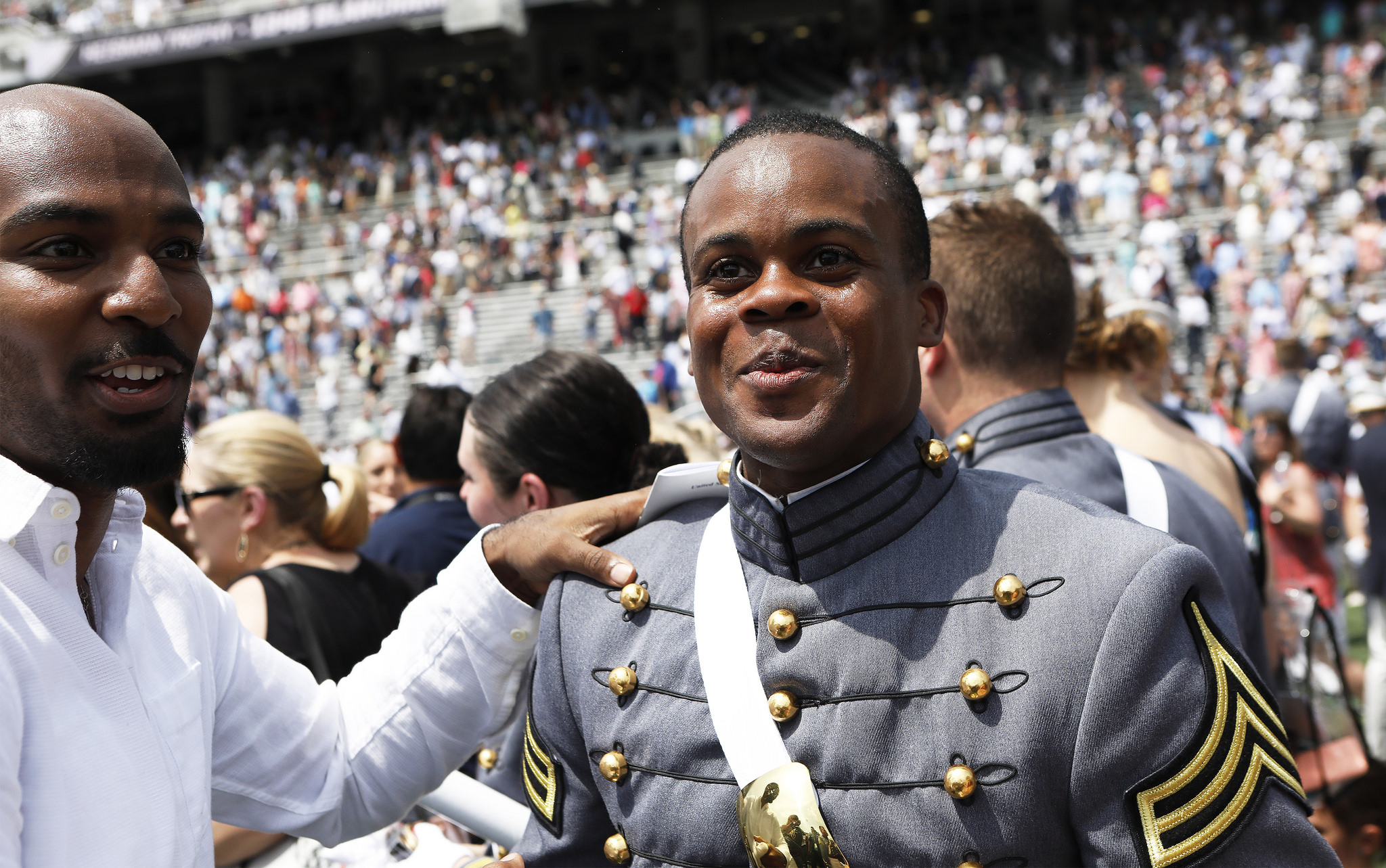 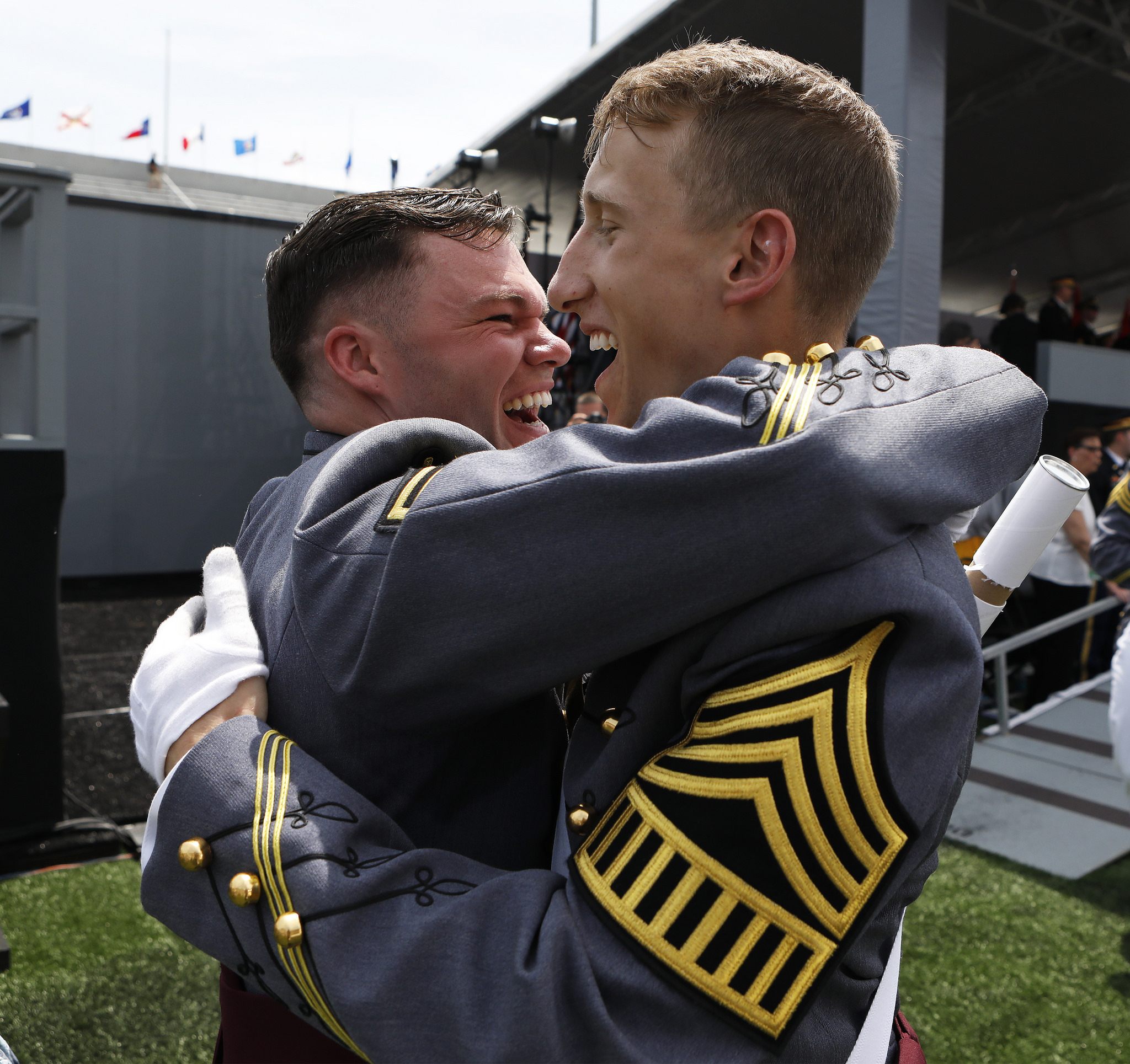 He urged the almost 950 West Point cadets who were commissioned as second lieutenants in the U.S. Army during the ceremony at the academy’s football stadium to challenge themselves to be the kind of leaders who continually thinks about change, especially in a world where “the pace of change and the speed of war has greatly accelerated.”

His remarks came at a ceremony that featured among its graduates the first black woman to lead the Long Gray Line.

Simone Askew, of Fairfax, Virginia, last year assumed duties as first captain of the 4,400-member Corps of Cadets, the highest position in the cadet chain of command.

Simone Askew marched into history Monday as the first black woman to lead the Long Grey Line at the U.S. Military Academy.

Dunford recalled that leaders on both sides in World War I were slow to grasp the significance of emerging technologies and the changing character of war, resulting in the deaths of many soldiers.

Throughout history, he said, most changes occur only “after significant failure.”

An exception came in the years before the Vietnam War when men who had graduated from West Point considered how the helicopter might be deployed to enhance mobility on the battlefield.

The world-shaking explosions of the atomic bomb - A look back

Newsreels from the aftermath of the atomic explosions over Nagasaki and Hiroshima that ended war in the Pacific convey the fear, awe and jubilation at the power of the new weapons. Check out reaction from news coverage at the time.
Close
Now Playing