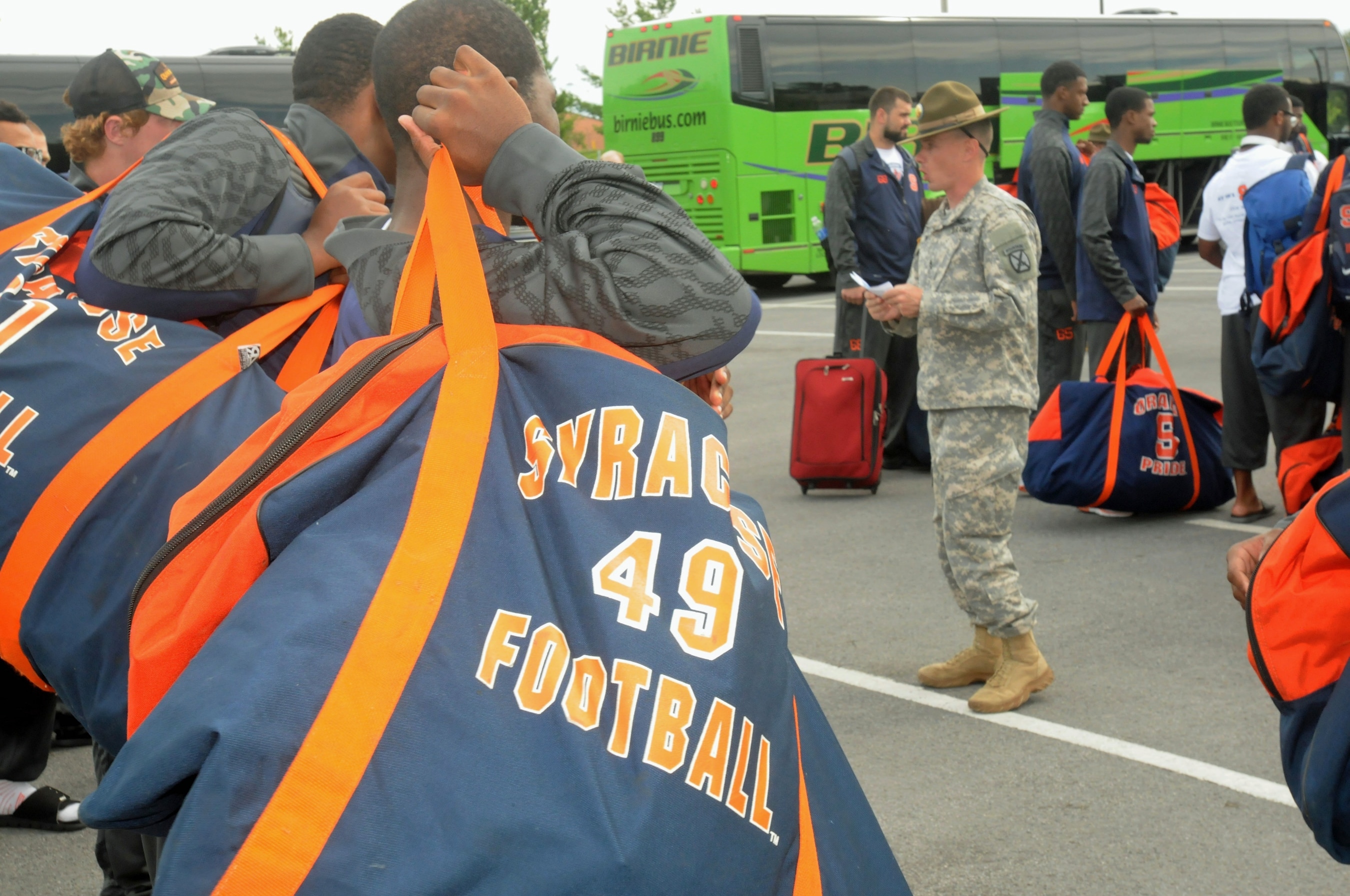 
SYRACUSE, N.Y. — Syracuse and Army have agreed to resume their football series with four games in the next decade.

The Orange will host the Black Knights in the Carrier Dome in 2023 and 2025. Syracuse travels to West Point for games in 2024 and 2026. All four games will be played in September.

Syracuse and Army have played 21 times since 1899. The Orange lead 11-10 in the series, including a 4-1 mark in the last five meetings, and a 3-0 record in games played in the Carrier Dome.

In the most recent meeting between the teams, quarterback Donovan McNabb led No. 19 Syracuse past No. 22 Army 42-17 in the Carrier Dome in 1996. It was Army's first loss of the season after nine wins.

This week: lighter bullets for the Marine Corps, Iran names the new head of the Quds Force, a 500-plus-pound ISIS leader is caught, the Space Force unveils a camouflage uniform and drone ships for the Navy. These stories and more on The Briefing for the week of 1.24.2020.
Close
Now Playing