'Six' captures SEAL team in the field, at home ... and on the hunt

The co-creator of a new TV series featuring a fictional Seal Team 6 wanted his actors to appreciate the concept of military brotherhood before filming.

"I’ve always found the quickest way to get there," said David Broyles, himself a former Air Force pararescueman, "is shared suffering."

And so the stars of "Six," which debuts Wednesday at 10 p.m. on the History Channel, went off to what Broyles described as "BUD/S Light," a two-week course featuring former SEALs putting their charges through a toned-down version of Basic Underwater Demolition/SEAL training.

"The actual intent was to push them to their breaking point," said Broyles, who brought "Six" to the screen with his father Bill, a Marine who served in Vietnam and went on to write and/or adapt scripts for movies like "Cast Away," "Apollo 13" and "Jarhead."

Mission accomplished, according to one of the show's stars.

"They put us through the ringer," said Kyle Schmid, who portrays SEAL Alex Caulder. "And we were all fully aware that it’s only the tip of the iceberg for what the real military has to go through."

And aside from the bonds created, the experience had some other welcome side effects, Schmid said: Nobody whined about (or missed) early calls, and the production went off with "no bulls--t. There was no ego."

"I think that was kind of the thing that I will take away from this the most … is the fact that because we went through those couple weeks together, I am better friends with these guys after two weeks than people I have known for 15 years," he said. "I’ve watched them cry, I’ve watched them fall, I’ve watched them pick themselves up. I admire them for so many reasons. I think that’s something real special."

The series takes viewers from the battlefield to the home front, following characters on missions to eliminate high-value terrorist targets and tracking them as they consider separation from service, attend their daughter's quinceañera or, in Schmid's character's case, have sex with an unidentified woman in his kitchen in the middle of the day. 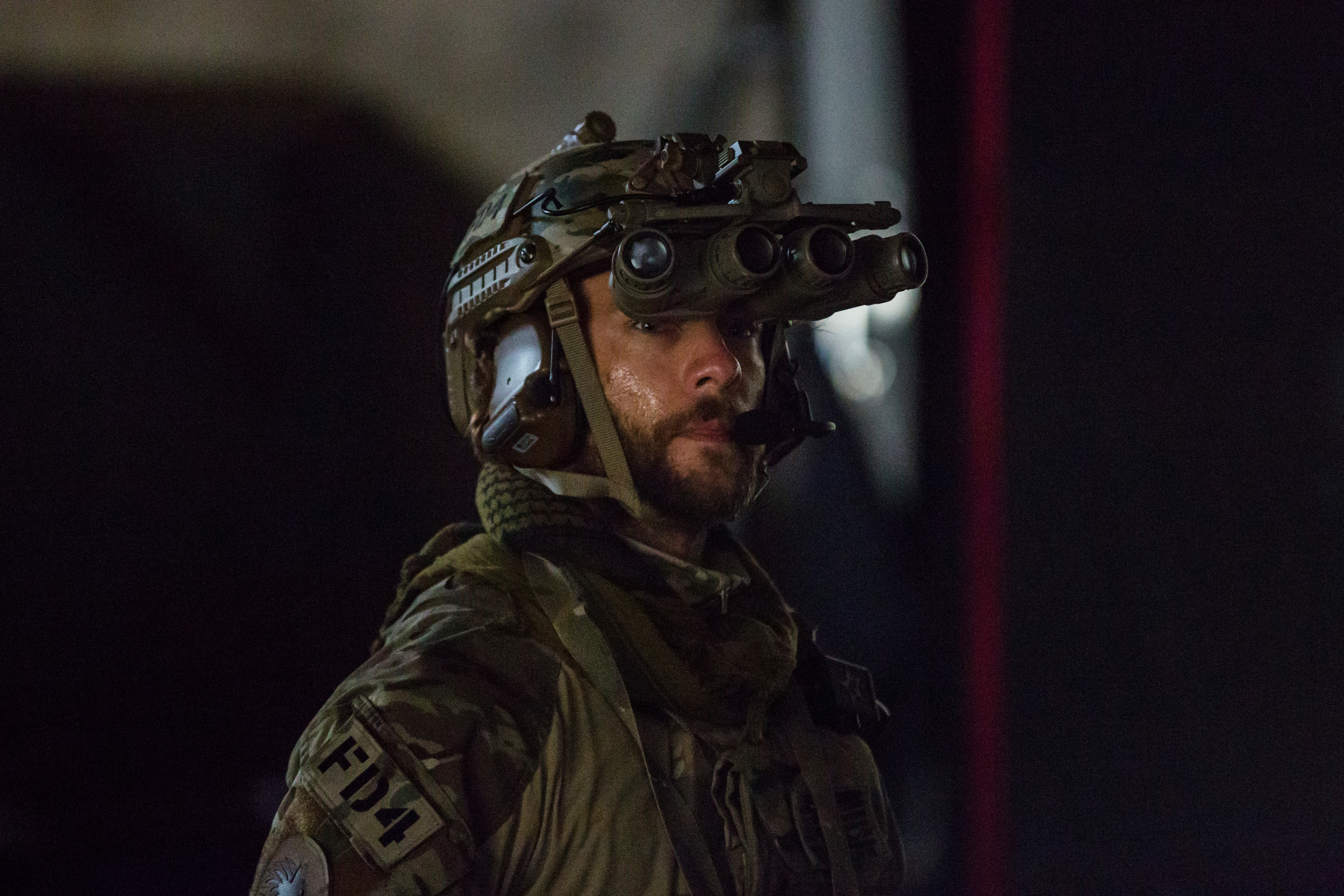 THE STORY SO FAR

Walton Goggins ("Justified," "Vice Principals") portrays Richard "Rip" Taggert, the team leader whose respect from his squadmates comes into immediate conflict with some of his actions during a raid that are less than by the book. Blood, bullets and profanities fly freely during the premiere episode, but there's plenty of time away from combat for viewers to watch the SEALs try to process their time in the fight.

"We wanted to show that family life. And in the end, the show in a lot of ways is that tension between the SEAL family and the home family – how do you balance it?" David Broyles said. "If people can watch this show and recognize something of their own experience with the military in it, that's what we really strive for – the emotional truth of what it is to serve."

At least one high-profile veterans group agreed with the show's methods: It was one of five productions that earned "6 Certified" status from Got Your Six in early January, an honor the group gives to entertainment offerings that have employed or consulted with veterans, and/or portrayed them in a realistic light.

Sentimentality aside, a plot twist during the premiere puts the SEAL team on a path toward a very high operational tempo. Battlefield realism got a boost courtesy of on-set military advisers and the involvement of executive producer Bruce C. McKenna, who worked on "Band of Brothers" and "The Pacific."

"That was always our top priority, to represent this as true-to-life as possible," Broyles said. "At the same time, we were very conscientious about operational security and tactics. We’re not doing a documentary, we’re not doing a re-creation. This is a drama series – we were constantly straddling the line of what really happened and what we should show on TV."

Learn more about the show and access episodes once they're available online here.

Jose and Amy Morenos' lives have been shaped by the experiences of themselves and their children with Arizona State University.

The suspect is described as 5 feet, 8 inches tall muscular-built man between 30 to 45 years old with a sleeve tattoo on his right arm.

Ukraine has won support from Baltic nations and Poland for its weekslong quest to obtain Western fighter jets.

Poll: Army Times readers are all the way in for ‘pinks & greens,’ but the comments section tells another story