Get out and vote but obey your oath, general tells officers

A roll of stickers for voters sits unused on the desk of an election judge in the Denver Election Division during the statewide general election, Tuesday, Nov. 3, 2015, in Denver. Colorado is voting on state marijuana taxes and a variety of local issues. (AP Photo/David Zalubowski)

Wednesday’s New York Times includes an opinion column suggesting military officers shouldn’t vote. It is good for the Army and for the nation to hear from its officers and enlisted service members.  However, I could not disagree more strongly with the author.

While supporting officers’ constitutional right to vote, the column argues they shouldn’t exercise that right. It cites some notable senior officers who expressed that they chose not to vote while in uniform —Gens. Ulysses Grant, George Marshall, George Patton and Dwight Eisenhower among them. The column suggests that by voting for the winner, an officer is somehow beholden to that person.  In contrast, those who vote for the loser will be against the new commander in chief.

The more important question, no matter who wins or how you voted, is whether you can fulfill your oath as an officer in which you pledged "without any mental reservation or purpose of evasion" to "support and defend" the Constitution. If the answer is yes, then vote your conscience and do your duty. If the answer to that question is no, then resign your commission and find another career path.

We expect this of military officers in their daily duties: State your recommendations and views to those senior to you. But when those who with proper authority and responsibility make decisions contrary to your personal recommendations, your oath of office requires you to embrace those decisions as your own and to fulfill those orders and directives to your fullest ability. To do otherwise is to fail in your obligations as an officer. 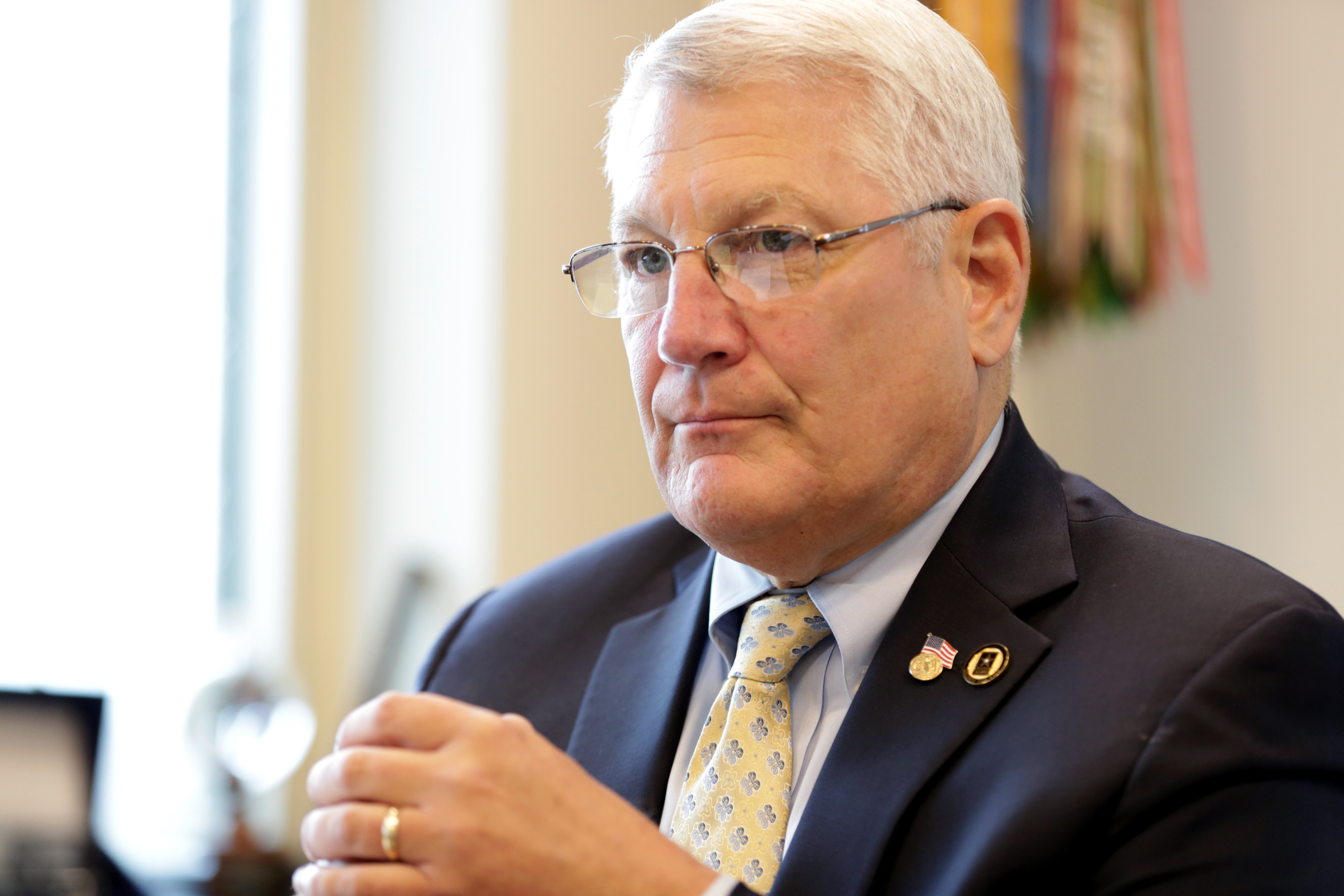 Retired Gen. Carter Ham, president and CEO of the Association of the U.S. Army, calls on officers to exercise their right to vote.
Photo Credit: Jennifer Milbrett/Staff
I wholeheartedly agree with the author that serving military officers must refrain from publicly expressing their political views. But the remedy is to educate officers as to their requirement to be apolitical in their words and in their actions and, when necessary, to take corrective action for those who violate the special trust and confidence that has been placed in them. The remedy is not to suggest officers recuse themselves from one of the most fundamental rights and obligations of citizenry. As then-General George Washington said in 1775, "When we assumed the soldier, we did not lay aside the citizen."

Retired Gen. Carter F. Ham, is president and CEO of the Association of the U.S. Army. The opinions expressed are his own and do not necessarily reflect the views of Military Times or its editorial staff.

The Pentagon will deliver the first two National Advanced Surface-to-Air Missile Systems, or NASAMS, to Ukraine in the next two months.

It is National Suicide Prevention Month, but the work to prevent suicides must be at the front of our minds far beyond September.

The web application was developed at the Army Software Factory.

Charges of acting as an illegal agent carry a maximum prison sentence of 10 years.