It's fairly standard re-enlistment protocol: Right hand raised, flag in the background ... and no diving in the shallow end.

When Army Reserve Sgt. Charles Smalley decided to re-up while serving in Kuwait last month, he beat the heat with a ceremony in the Camp Arifjan swimming pool, attended by about two dozen fellow soldiers.

Smalley serves as a signal support systems specialist with 451st Expeditionary Sustainment Command, which left its Wichita, Kansas, home in February to train at Fort Hood, Texas, prior to its first overseas deployment. 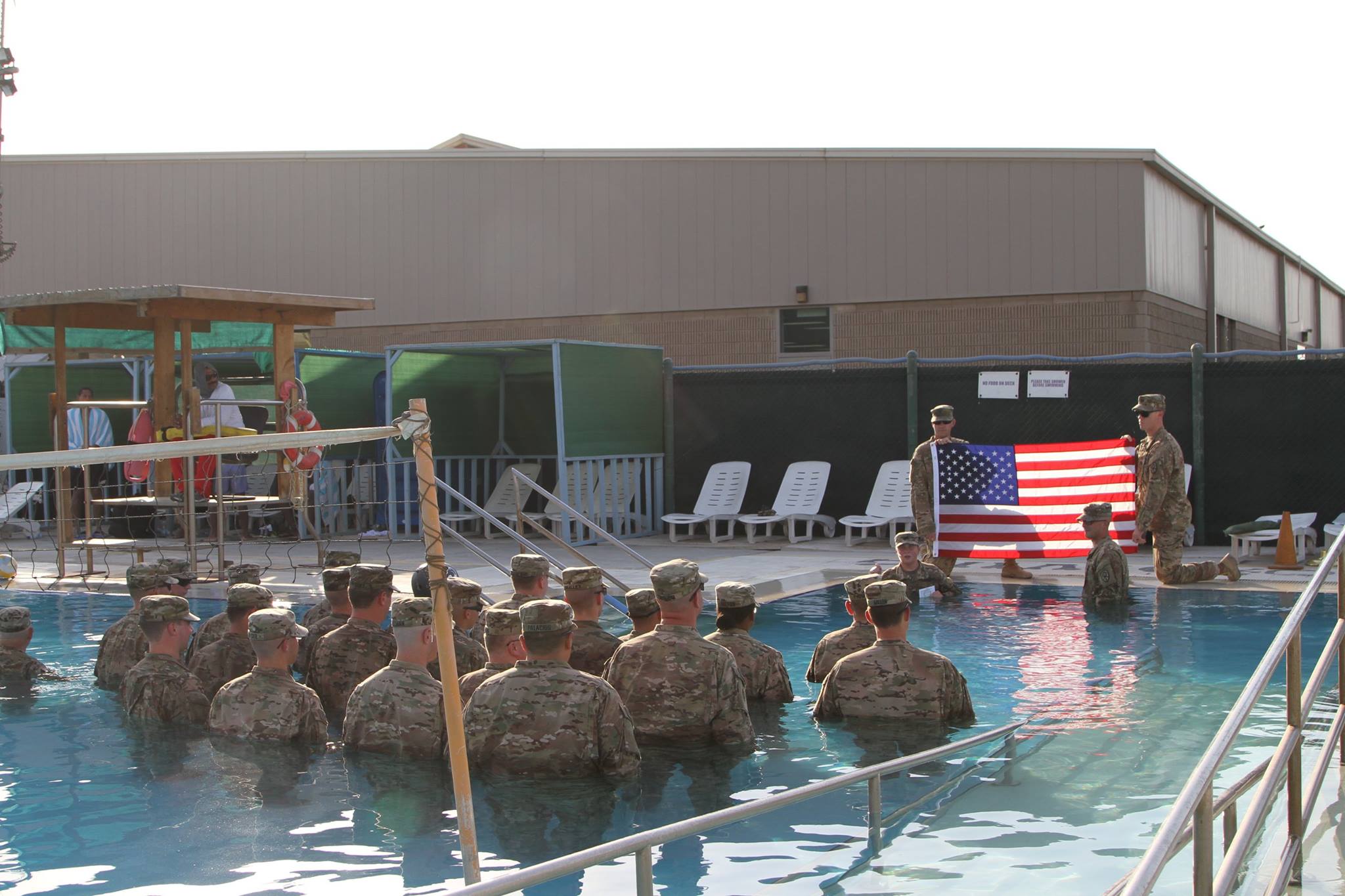 A standing-room only crowd soaks up Army Reserve Sgt. Charles Smalley's re-enlistment ceremony July 30 at Camp Arifjan, Kuwait.
Photo Credit: Army via Facebook
Along with beating the triple-digit heat, Smalley reportedly had another motive for his amphibious approach to re-enlistment: An officer in the unit told The Wichita Eagle that Smalley's brother, who also serves with the 451st, "hates swimming. So, he enjoyed making him have to get in the pool for the ceremony."

Smalley re-upped for six years, per the Eagle. His unit is set to remain in Kuwait until the end of 2016.