By Leo Shane III and Michelle Tan
FILE - In this Sept. 27, 2013 file photo, Vincent Viola talks to the media about the future of the Florida Panthers during a press conference in Sunrise, Fla. President-elect Donald J. Trump has picked Viola as secretary of the Army. Viola is the founder of several businesses, including Virtu Financial, an electronic trading firm, and owns the National Hockey League’s Florida Panthers. He is a past chairman of the New York Mercantile Exchange. (AP Photo/J Pat Carter)

A West Point graduate and billionaire philanthropist has been nominated to be the next Army secretary.

As President-elect Donald Trump builds his team at the Pentagon, he announced Dec. 19 that he has nominated Vincent Viola for the top Army civilian job.

Viola, founder of digital stock trading firm Virtu Financial and owner of the National Hockey League's Florida Panthers, is a 1977 West Point graduate who rose to the rank of major in the Army Reserve.

If confirmed by the Senate, Viola will replace Eric Fanning, who was sworn in in May after a bumpy eight-month confirmation process.

Before the Army, Fanning served in key leadership positions in the Air Force and Navy. He also was Defense Secretary Ash Carter’s chief of staff and one of his closest advisers. 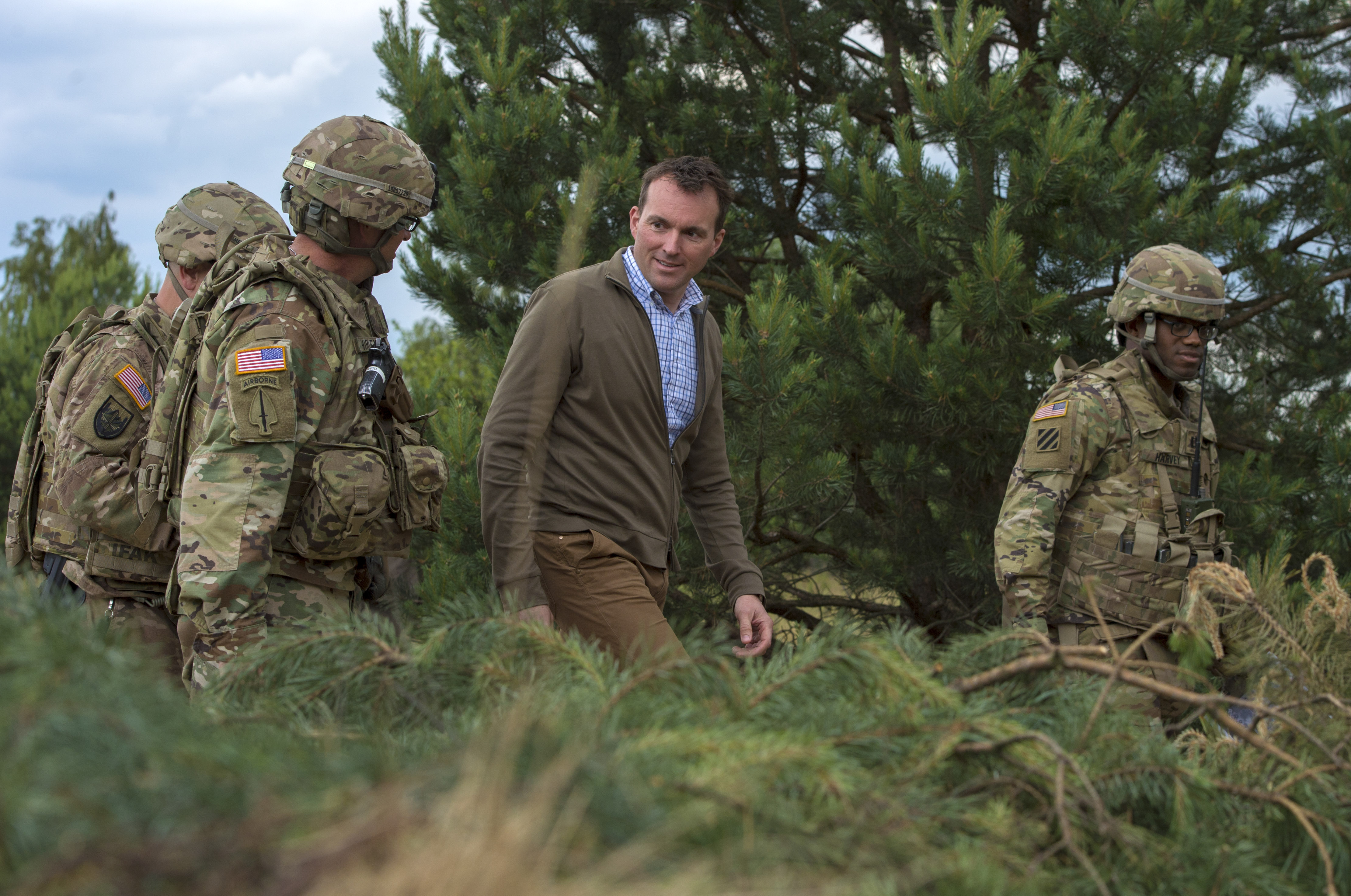 Army Secretary Eric Fanning talks to soldiers during Exercise Anakonda in Poland. After more than 15 years of counterinsurgency operations, Fanning said the Army must prepare for several types of warfare in an increasingly volatile world.
Photo Credit: John G. Martinez/Army
Fanning also marked a milestone: he is the first openly gay secretary of a military service.

The Army secretary is responsible for all matters relating to the Army, from manpower and personnel to installations, financial management and weapons system and equipment acquisition.

Fanning’s successor will lead the Army during a critical period that includes continuing budget constraints, growing demand for troops around the world, more troop cuts, and growing instability around the world.

As of late December, no timetable had been set for when Viola's confirmation hearing may take place. In a statement, he called the responsibility of the role an honor and a challenge.

"If confirmed, I will work tirelessly to provide our president with the land force he will need to accomplish any mission in support of his national defense strategy," Viola said. "A primary focus of my leadership will be ensuring that America's soldiers have the ways and means to fight and win across the full spectrum of conflict."

Viola brings a wealth of business experience to Trump’s Pentagon, and will be a key figure in helping carry out the next president’s promises to cut waste and build up America’s armed forces.

The 60-year-old businessman is a former chairman of the New York Mercantile Exchange and was serving in that role during the Sept. 11 attacks in New York and Washington, D.C.

In response, he helped found the Combating Terrorism Center at West Point, a privately funded research wing of the school focused on "counterterrorism policy and strategy" and "ways to confront the dynamic threat environment" facing America today.

He has also been a donor to numerous Army charities and support networks, including the Army Cyber Institute, the Modern War Institute and Army athletic programs.

He’s the son of Italian immigrants, and his father served in the U.S. Army during World War II.
About Leo Shane III and Michelle Tan

Democratic House leaders now support the change, which has been a priority for congressional Republicans for months.

Officials in Hawaii activated the state’s National Guard earlier this week in response to the eruption of Mauna Loa.

‘Retrograde’ an emotional documentary capturing the final months of the war in Afghanistan.