U.S. forces in Afghanistan continue to target al-Qaida and the Islamic State in Khorasan, steadily decimating their ranks over the last 12 months.

This time last year, American troops were given authority to go after the Islamic State in Khorasan, or ISK, which is part of the Islamic State movement that’s active in Afghanistan and Pakistan, said Brig. Gen. Charlie Cleveland, a top spokesman for U.S. Forces-Afghanistan.

Then, there were close to 3,000 ISK members operating in 10 or 12 districts in Nangarhar province near the Afghanistan-Pakistan border, Cleveland said.

The U.S. counterterrorism mission also eliminated about 200 al-Qaida fighters in 2016.

"We view that as pretty successful," Cleveland said.

He declined to provide specifics about the counterterrorism mission, but he did say the U.S. "aggressively" targets members of the two terror groups.

"What we can do is as soon as we identify individuals as members of [those organizations], we have the authority to try to capture or kill them," he said.

But even as the U.S. cites progress in its counterterrorism mission, conditions overall in Afghanistan appear bleak, according to a new report from John Sopko, the Special Inspector General for Afghanistan Reconstruction, or SIGAR.

In his first report to the Trump administration, Sopko, whose office monitors billions of dollars in aid to Afghanistan, said the Afghan government controls barely half the country, its security forces numbers are on the decline, and drug production is on the rise, the Associated Press reported.

Sopko did note a noticeable drop in corruption when procuring goods and services, the AP reported Feb. 1.

He also called for "continued donor support, plus mentoring and limited tactical support from the U.S. military." 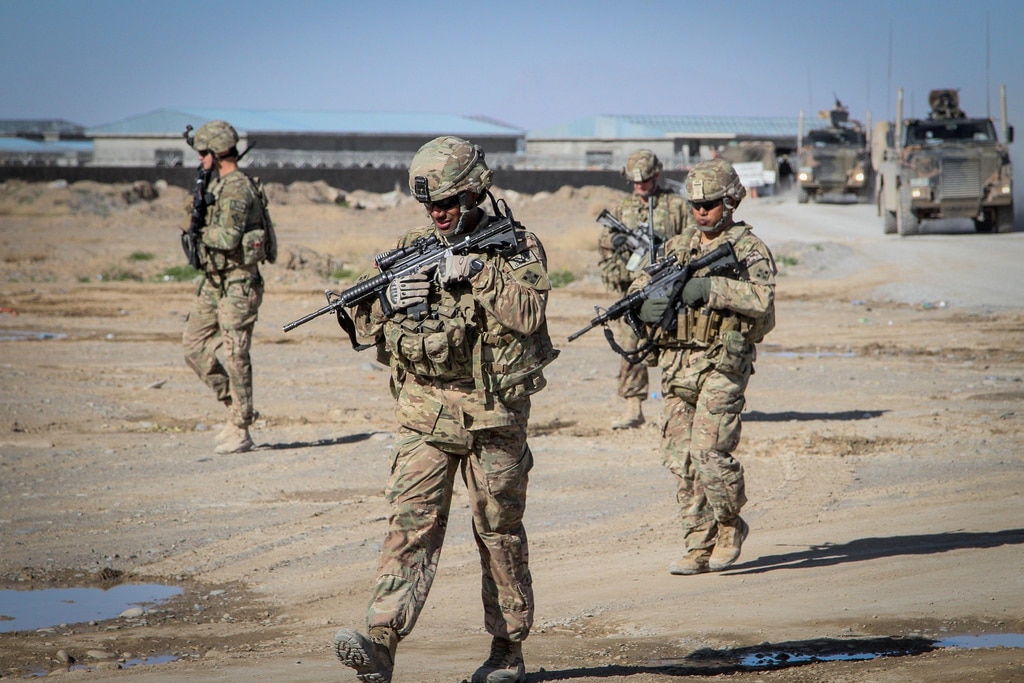 For the U.S. troops deployed to train, advise and assist the Afghan National Security Forces, a mission that is often overshadowed by the ongoing fight in Iraq, there is progress on the ground.

Afghan forces took responsibility for their own security in 2015, the first year U.S. troops weren’t involved in a combat mission in Afghanistan. That first year was challenging, Cleveland said, but there are constant improvements.

"The Afghans were able to prevent the Taliban from achieving specific goals, like capturing the provincial capital," he said.

The Afghan National Army started out with zero fixed-wing aircraft. Now they have eight to conduct attack missions, and that number will increase to 16 by the end of 2017, Cleveland said.

They also went from a handful of MD530 attack helicopters to 27.

This past winter, U.S. soldiers went through a campaign to train the Afghan troops, generate capability, develop leadership and counter corruption.

Graham said he works with the Afghans on field artillery and air integration.

"We’re helping them build capability and capacity and encourage them to work together to deliver lethal air and fire strikes against the enemies of Afghanistan," he said.

The Afghans have made significant progress in both areas, Graham said.

"When we first got here, they were struggling with executing air-to-ground operations," he said. "Since then, we've been able to really move them forward by recommending different [tactics, techniques and procedures] to use."

U.S. trainers helped Afghan forces during one incident where the weather made it difficult for an ANA helicopter to identify its target, Graham said.

The advisers suggested firing an artillery smoke round at the objective area, and the Afghan tactical air controller was able to guide the helicopter to engage the enemy.

"They come to us and say, 'Hey, this is what we're thinking of doing,'" Graham said. "'What would you do in this scenario?' And we help them come up with their own solutions."

He works with the local Afghan army schoolhouse to conduct training instead of sending Afghan troops farther out to the national training center. He also advises Afghan commanders and instructors and observes training to help them make corrections and refine their skills.

One major effort he's been working on is establishing a collective training cycle. The 30-day cycle helps the 201st Corps at the company level "so they're better trained to go back and fight and more effectively engage the enemy," he said.

Wiener oversaw the first two cycles, and they're about to start the third.

Charlsy Panzino covers the Guard and Reserve, training, technology, operations and features for Army Times and Air Force Times. Email her at cpanzino@militarytimes.com.

How to fix a howitzer: US offers help line to Ukraine troops

A group of U.S. and allied troops and contractors is using phones and tablets to provide maintenance advice to Ukrainian troops on the battlefield.

Abdul Wasi Safi, who fled Afghanistan following the withdrawal of U.S. forces, was freed this week after spending months in immigration detention.

“I found a brain that was severely traumatized,” he said, describing the blood, hemorrhaging, bruising and dead tissue.

The panel will have 13 new faces this year, more than half of its total membership.

Housing allowances are increasing for some localities, but is it fair?

With so many platforms online, how will tomorrow’s Army share data?