A 2nd Battalion, 75th Ranger Regiment senior noncommissioned officer pinned on the military's third highest valor award Friday for fighting through his injuries to save the life of an Afghan soldier during an anti-ISIS mission earlier this year.

Sgt. 1st Class Joshua Leach was a platoon sergeant during a New Year's Day raid on an ISIS commander operating in Afghanistan. Despite being wounded in a grenade blast, Leach held off enemy fighters long enough to save the coalition soldier's life.

"It was all about the guys standing next to me," Leach said. "Our Afghan partners fight side by side with us. We protect them, and they protect us." 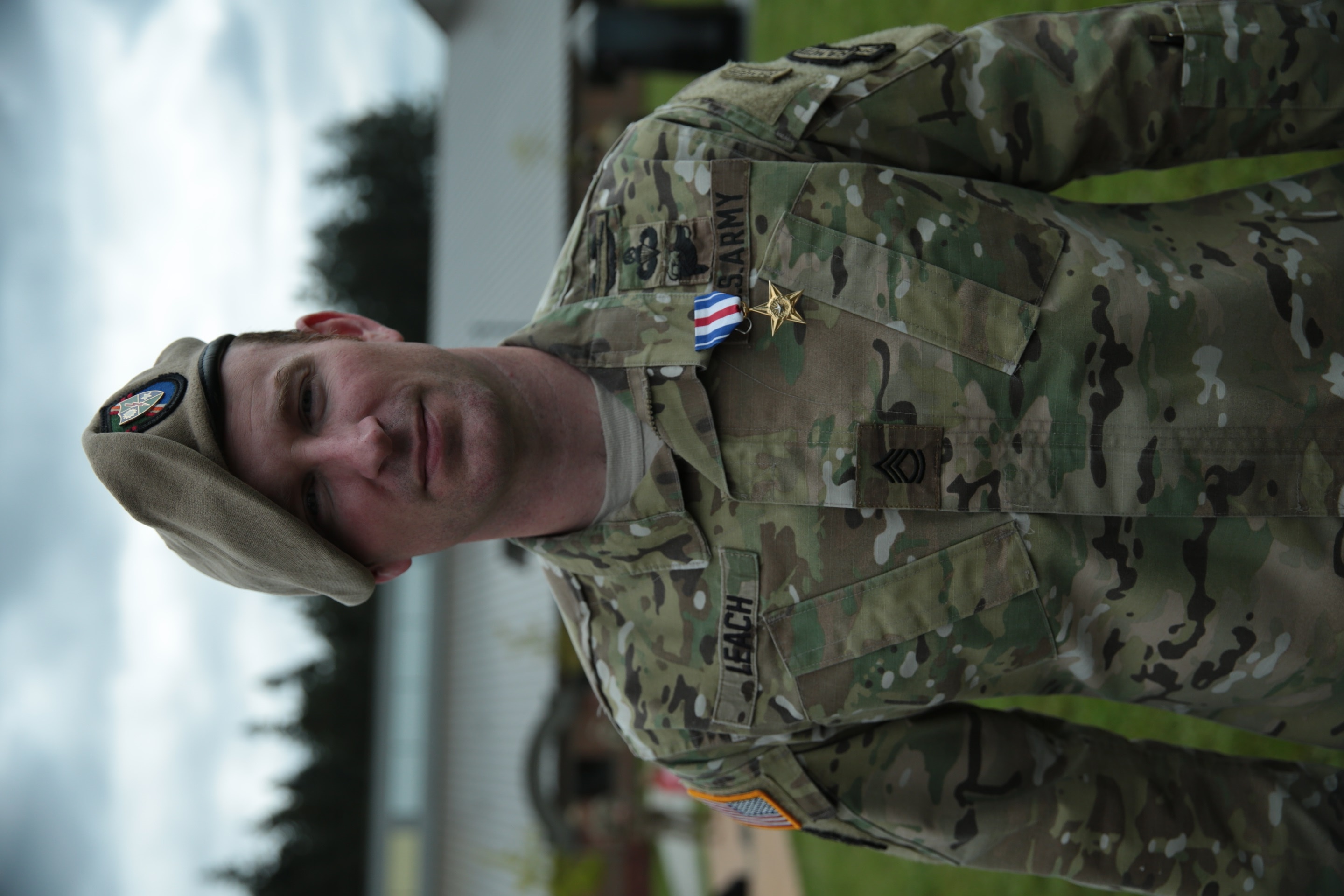 Sgt. 1st Class Joshua Leach, a platoon sergeant with 2nd Battalion, 75th Ranger Regiment, received the Silver Star May 19, 2017, for his actions in Afghanistan.
Photo Credit: Pfc. Jaerett Engeseth/Army
For Leach, a native of Bremerton, Washington, who has served 12 deployments during his 13 years in the Army, it was more important to see his fellow soldiers be recognized for their actions.

"To me, getting to see my men recognized meant the world to me, and it was a privilege to be with them," he said.

Leach was one of 11 soldiers in the battalion to receive awards Friday, as the unit looked back on exceptional service during its 23rd deployment in support of the Global War on Terror.

While under direct AK-47 and grenade fire, Leach continued to fire his weapon alone for three minutes, allowing two injured Rangers to exit the compound, then dragged the Afghan soldier to safety, according to his citation.

"He continued to lead his Rangers, organizing the [helicopter landing zone] party, repositioning security, and only sought medical attention after all medevacs were complete," the citation reads. 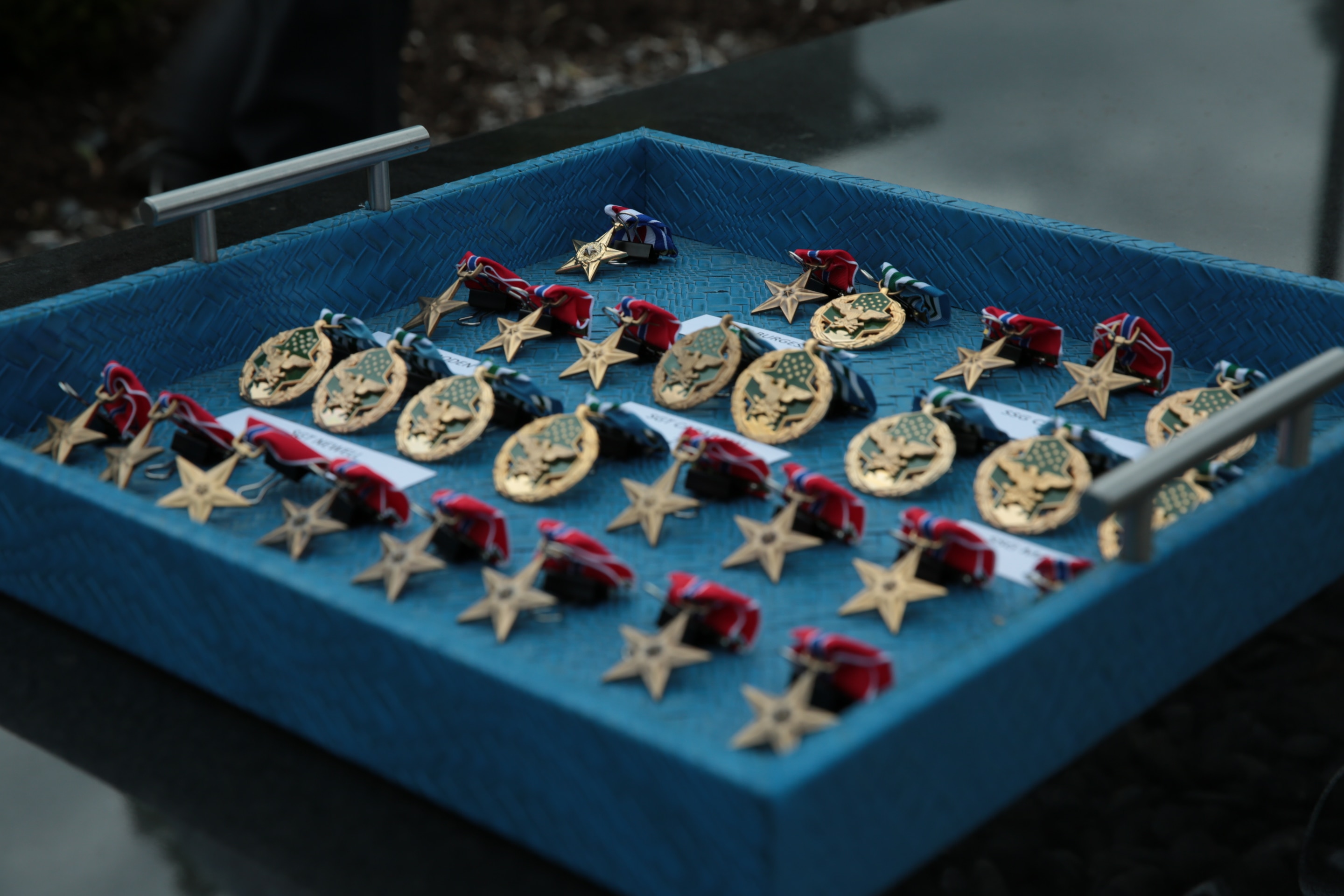