Army Reserve soldiers in medical specialties often do something completely different in their civilian jobs, and with only a few days a year to use their medical skills, they’re at risk of seeing their skills degrade, officials say.

"We don’t have enough time and money to properly and adequately train our Army Reserve soldiers who are in these low-density specialties," said Lt. Col. Michael Filipowicz, deputy commander and chief of staff for North East Medical Area Readiness Support Group, which manages more than 1,200 positions in the region.

"The Army Reserve soldiers we have are not full-time radiology technicians, they may be police officers," he told Army Times. "They don’t get to exercise the skill sets."

He said at times when Army Reserve soldiers have worked in medical facilities, "it took away a staff member to constantly supervise the soldiers [because] their skill set was atrophied, so it was counterproductive."

A new program that officials are calling the first of its kind was launched June 5 to begin to remedy the need for training.

Reserve soldiers are spending two weeks working alongside their counterpart medical professionals at a civilian medical center in New Jersey. The program is called Operation Hackensack S.M.A.R.T., or Strategic Medical Asset Readiness Training, a partnership between the Army Reserve and Hackensack University Medical Center, a nonprofit teaching and research hospital in Bergen County, New Jersey, that is part of the Hackensack Meridian Health network.

During the two weeks of training at the medical center, soldiers shadow their civilian counterparts, rotating through the hospital to ensure they have the most advanced training possible, Filipowicz said.

They will observe and work all over the facility, in the emergency room, operating rooms, clinical laboratories and inpatient and outpatient areas.

"Our soldiers will greatly benefit from this unique experience and unrivaled expertise in order to advance their medical knowledge, successfully meeting our Army Reserve’s demand for a constant state of readiness," Maj. Gen. Mary Link, commander for Army Reserve Medical Command, said in information released by the command. 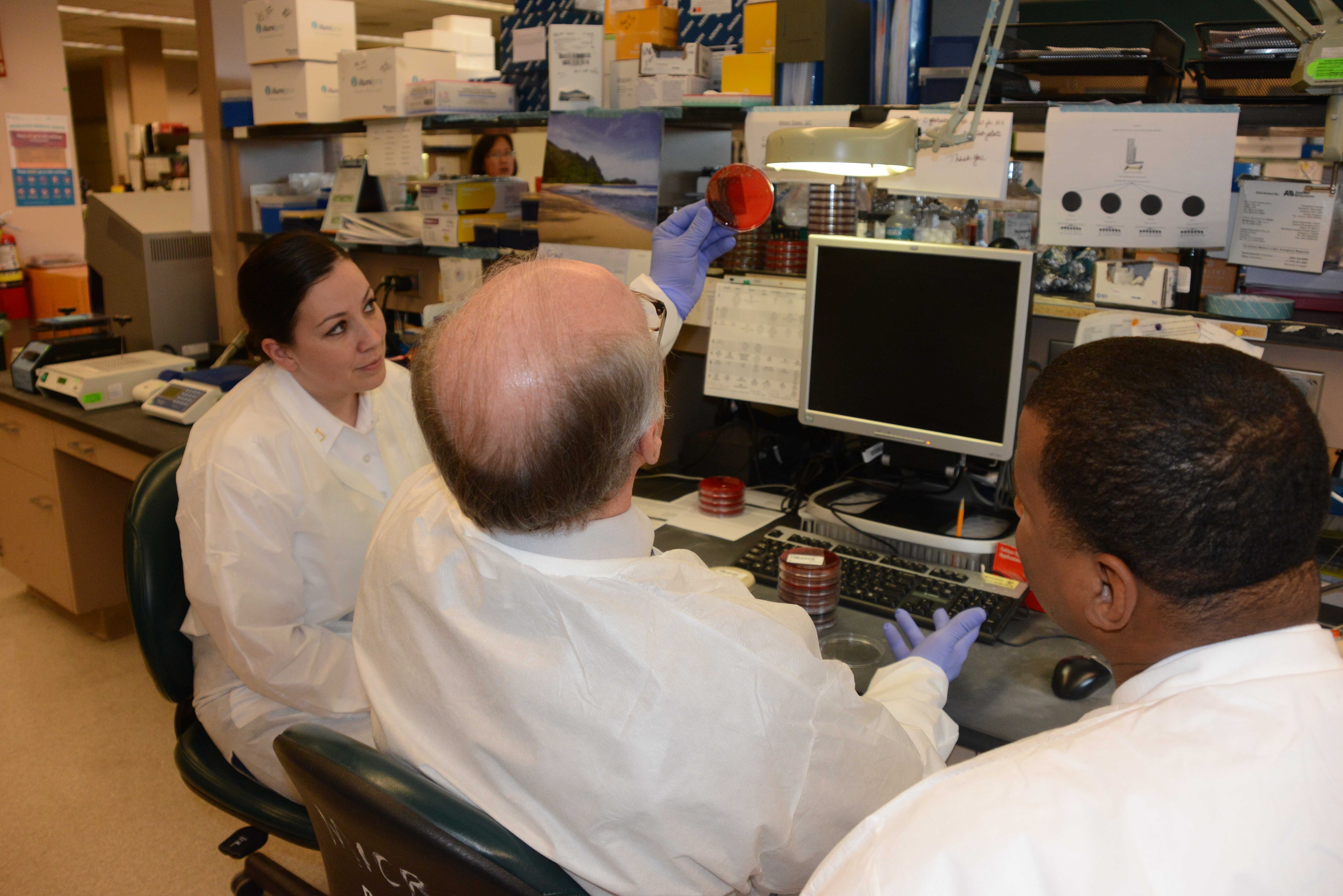 "We get them refreshed at a civilian institution where they see the most modern technology, where they see the breadth and depth of medical knowledge, and see a patient population they wouldn’t see in the Army," Filipowicz said. "Once they finish that, they now are more skilled and trained to execute their mission set."

After they finish the program, the soldiers will go back to their units and teach other soldiers what they learned.

"There are so many benefits to this," said Filipowicz, who worked to organize the partnership with Hackensack UMC.

A big one is money.

"Soldiers train at Hackensack at no cost to the government," Filipowicz said.

He estimates the partnership may save $720,000 per year in training costs. If the Army Reserve paid a training institution or hospital to lease space and train the soldiers to refresh their skills, it could cost about $5,000 per soldier for two weeks, he said.

"In the Army Reserve there are only so many summer training events," Filipowicz said. "There is only so much training you can do, and sometimes soldiers don’t get an opportunity to do the training because there just isn’t one available. So this is a solution to that problem."

He cited one clinic where an Army Reserve lab tech is also a full-time police detective in a major city.

"How often do you get to execute a lab tech’s skills? And she doesn’t," he said.

After the first group of soldiers and airmen finish the program, officials plan to expand it and include more medical specialties.

"We want to get to the point where our Army Reserve soldiers are doing their annual training in their actual capacity," Filipowicz said.

Combat medics are one group who would benefit from real-life training involving trauma cases, but they don’t often get it. Their medical training often involves minor injuries and simulations as part of exercises.

Filipowicz said he hopes a future phase of the program would send combat medics on emergency calls with first responders, and they would perform the same skills as emergency medical technicians.

A hurdle will be for the Army Reserve to work through legal issues such as liability, and that will be part of the process to get medics in a role to respond to real-world situations, Filipowicz said

The S.M.A.R.T. training sessions are part of a bigger vision, Filipowicz said.

The initiative could eventually involve getting soldiers in a range of specialties into military medical centers or clinics to work there on weekends and reinforce the skills they refreshed during Operation Hackensack S.M.A.R.T.

Filipowicz said he is setting up meetings with hospital commanders at installations such as Fort Belvoir, Virginia, and Joint Base McGuire-Dix-Lakehurst to arrange for soldiers to go there at some point after they complete Operation Hackensack.

For example, soldiers from a medical support unit in Alexandria, Virginia, could do their weekend drill at the nearby Fort Belvoir Community Hospital.

"We want to duplicate this program and get soldiers into these hospitals and working there to get as much as exposure as they can," he said.

Setting up programs in other places

Army Reserve organizations can easily duplicate the program in other locations, Filipowicz said.

"We have done all the leg work," he said. "All it takes is working with the Army Reserve and saying, 'We want to do this as well.' We can duplicate it pretty quickly."

The three commands provide about 67 percent of the medical capabilities to the Army for global requirements, according to information from the Army Reserve.

It’s up to the command and its requirements for how the Reserve soldiers use their 15 days of annual training, Filipowicz said.

"If they don’t have scheduled training, this is a great opportunity to jump on board and say ‘I want to do this instead,’" he said.

When Filipowicz approached HUMC to propose the partnership, he had something to offer the civilian center: the prospect of future employees that bring a military work ethic.

"I said, 'Listen, can we help solve this problem together, and in exchange we can help you fill your employment vacancies?' We can help advertise their critical employment opportunities, and it’s a win-win," he said. "Plus it gets Army Reserve soldiers into the hospital as full-time staff members."

At Hackensack UMC, for example, there’s a need for emergency room nurses and professionals in other specialties, he said.

Soldiers would bring not just a trade skill set, but a "character skill set," he said.

"They have a difficult time finding not only skilled workers but those that work well with others, Filipowicz said. "That’s what we bring to the table, we bring that discipline, we bring the timeliness, the character, all the Army values."