During a one-week break between air assault and cadet field training, Surdyke was vacationing at a beach on Long Island, New York, on June 24 when he and a civilian he'd only met that day got pulled out to sea in a riptide.

Within a couple minutes of being incapacitated, onlookers managed to pull the cadet out of the water. A couple minutes later, emergency workers arrived to take him to the hospital. Surdyke clung to life for days, but on June 28, he died.

Friends and family describe Surdyke as a sometimes-reserved young man who was respectful of authority, but also natural leader. He was remembered as always smiling with a subtle mischievous streak, too. to go with an unyielding sense of justice.

Tom Surdyke marches in the Plebe Parent Weekend parade in August of 2015. He would go onto a successful first year before he died this summer; classmates remembered his smile, positive attitude and leadership abilities.

"He just quietly always did what was right. And at the same time was able to make his friends or anybody around him feel good about what they were doing and what he was trying to do," Tim Surdyke, Tom's father, told Army Times.

The native of Festus, Missouri was the second of four children (and only son) in a devoutly Catholic family. He was an Eagle Scout and football player in high school, and competed in Sandhurst (a military skills competition) while at West Point. His father said Tom had interest in aviation.

, who led his Sandhurst team at West Point, said that while Tom Surdyke’s death came as an utter shock, the cadet risking his safety for someone else was not. Gaynor said he sometimes wonders, after a death, whether a polite distortion emerges as mourners highlight positives while ignoring negatives. But not in this case.

"I can tell you, we’re not with Tom. There’s just only positive things to say about Tom Surdyke," said Gaynor, who’s finished three years at West Point. "People who know him will spend the rest of their lives looking at his example. His example will be with me for the rest of my life," Gaynor said.

His father said Surdyke, like many teenagers, would occasionally procrastinate on needed tasks, but he always got the job done and always did it well. And while around adults he was respectful and reticent around elders, he said stories of him around his peers showed a different side. He could lead, create, even wreak a little havoc, he said, adding: "I don't know how to put it."

On June 24, Tom Surdyke was visiting a friend from West Point near Cooper's Beach in Southampton, New York. The swimmer he saved was a new friend — someone he'd just met that day.

Later in the hospital, after hope was lost for reviving him, doctors kept the young man on a ventilator for a little longer. Even in death, he wasn't done saving people: He was an organ donor. A Memorial Fund that will benefit a scholarship at Tom Surdyke's high school has been set up via a GoFundMe page.

Tom Surdyke, like most teens, wasn't sure what he wanted to do with his life.

It wasn’t that he was adrift or unmotivated. The smart, stocky, muscular kid earned good grades while playing trumpet for the school concert band and jazz band. (He could also play guitar and drums, his father said). He also played four years of football, a sport he’d never played before attending St. Pius X High School and was second-team all-conference at center — as his father notes, along with quarterback  — his last two years and a captain his senior year. His Eagle Scout project involved replacing an aging, storm-damaged flag pole with a new one and installing a sidewalk and patio next to it.

But he didn't know what he wanted to do after high school. He drew inspiration while attending Boys State, a selective American Legion civic-minded leadership development program. His father said speakers during the program — including Navy SEAL and candidate for the governor of Missouri Eric Greitens — proved pivotal in granting his son clarity of mind.

"On the way home he said 'I want to become an officer in the military and serve this country and its people,'" Tim Surdyke said. "Just like that, bam, it was done."

Among leaders from schools all around the state at the Boys State conference he also flashed his sense of justice and leadership. In a simulation similar to Model U.N. only on a state government level, he led a revolt over a double-standard he thought unfair.

"His city voted to leave the state under his leadership," his father said, noting that while the scenario wasn't real, his sense of right and wrong was. He also chuckled and noted that "he didn't put that in his West Point application essay," figuring it might indicate a bit too much of an insubordinate, rebellious streak.

"But you're not supposed to follow an unjust order, either," he added. 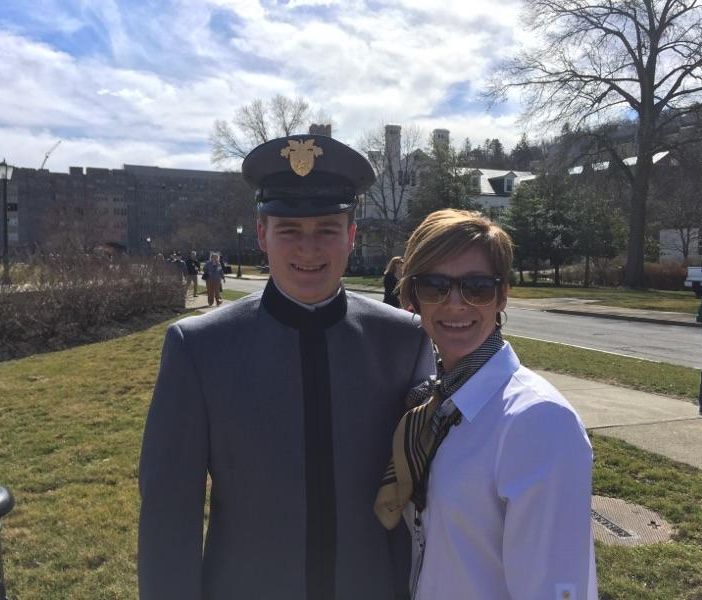 His father said he also gleaned inspiration from other people he knew. He had two high school friends who had wanted to attend West Point but couldn’t due to physical limitations; one fellow football player had diabetes, for example. His father said he wanted to serve for both of them, and to simply help people in general.

He also was leaning to aviation because of a connection; his football coach was a Warrant Officer and helicopter pilot.

But ultimately, the role was less important than desire to serve. His father shared a segment of his West Point application essay:

"I want to dedicate my life to serve and protect those who are not able to do so for themselves. A career in the military is not something I desire but is something I truly feel called to do," Tom Surdyke wrote in his application essay, his father said.

When he got to West Point, he hoped to try out for the Sprint Football, a weight-restricted regional intercollegiate football league, but footspeed helped keep the offensive lineman off a team that would go undefeated in 2015.

When Surdyke went out for Sandhurst, Gaynor said he was clearly a strong kid, but also one of the slower recruits.

"He came early every day, running a lot. He would puke, he would push past every reasonable limit to earn his spot on the team," Gaynor said.

The team's leadership agreed to pick him over an arguably more conventional choice. Gaynor said they agreed that aside from fitting as somewhat of a "mule" who could shoulder a heavy load to compensate for his foot-speed, he offered much more. He would do anything asked without question, and Gaynor knew that since everyone knew he had to work harder to keep pace, no one would let up if Surdyke didn't. 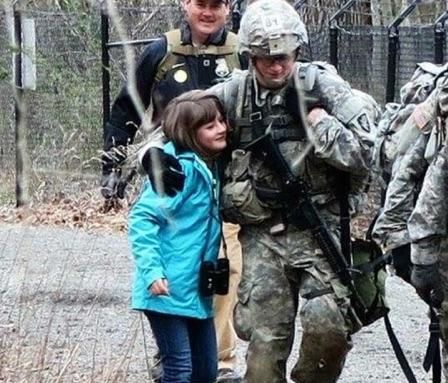 "That was his strongest leadership trait, the example he set for others. I told him, if you smile, you're going to motivate the whole team," Gaynor said. "I knew he had that power over our squad."

That leadership didn't only show up through straight-laced hard work. His father explained the reason fellow cadets brought watermelons to the hospital after he died. During "Beast" (cadet basic training), his father said, Surdyke's squad was struggling with its leadership. They had acquired a watermelon, and with Tom doing the heavy lifting and tricky maneuvering to keep it hidden from the squad leader, his squad managed to smuggle it back into their fifth-floor barracks. (At one point the squad leader asked why he was standing funny; "No excuse, sir" Surdyke responded, according to his father's relaying of the story.)

Once in the barracks they put it in a window sill, where they were allowed to keep a piece of fruit — but generally not one so large. Surdyke was questioned, but was let off with a warning. The squad was given eight minutes to "dispose of the evidence," Surdyke's father said. 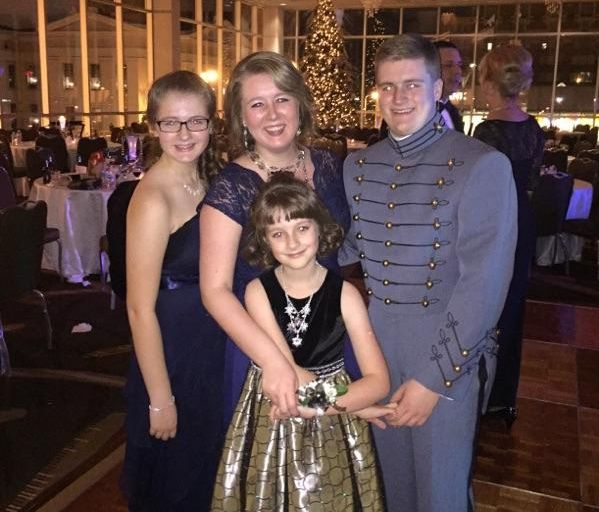 Research needed for veterans with genital and reproductive wounds

A new survey seeks information from an estimated 1,500 Iraq and Afghanistan war veterans living with injuries to urinary, genital and reproductive areas.

“This ... is not only a war against Ukraine,” said Maj. Gen. Serhii Salkutsan, its NATO military liaison. “This is a war against the ... civilized world."

The Air Force unveiled the Northrop Grumman-made B-21 Raider to the public Friday in a ceremony at Air Force Plant 42 in Palmdale, California.

US forces monitor Mideast skies at Qatar base amid World Cup

The creation of a task force focused on drones and other off-the-shelf battlefield technology at Al-Udeid Air Base shows the U.S. is in Qatar to stay.

Turkish threats of a ground invasion have stymied the missions with Kurdish forces.