The two Americans killed this week in Afghanistan have been identified as Sgt. Douglas Riney and Michael Sauro, the Defense Department announced late Thursday.

Riney, 26, and Sauro, a Department of the Army civilian, died during an attack near Kabul, officials said.

Another U.S. service member and two civilians were wounded in the same attack. Their wounds were not life-threatening, officials have said.

"Mike was the type of person who no matter what you asked of him, he was always willing to lend a helping hand to everybody," said Deborah Schreiner, chief of HAZMAT Training at the Defense Ammunition Center, Oklahoma, where Sauro was assigned, The Associated Press reported. "He was such a joy to work with and always so upbeat."

A U.S. official speaking on background said the attack occurred at an Afghan military ammunition supply point near Camp Morehead outside Kabul. The Americans were visiting the site as part of their train, advise and assist mission when a lone gunman opened fire on them at the entry control point, the official said.

The assailant, who was later killed, was reported to be wearing an Afghan army uniform, according to a report by Reuters.

An investigation into the attack is underway. 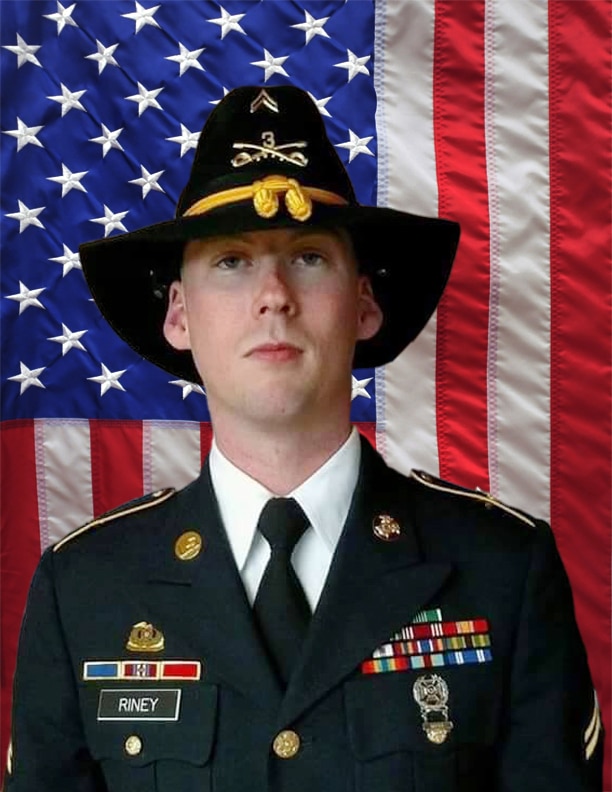 Sgt. Douglas Riney.
Photo Credit: Army
Riney entered active-duty service in July 2012 as a petroleum supply specialist. He had been assigned to the 3rd Cavalry Regiment since December 2012.

Riney previously deployed to Afghanistan from July 2014 to February 2015.

Sauro was assigned to the Defense Ammunition Center, McAlester Army Ammunition Plant in McAlester, Oklahoma, the Defense Department said. He traveled to Afghanistan last month for his third deployment and was scheduled to return to the U.S. in March.

The two U.S. civilians injured also were from the Defense Ammunition Center. Richard "Rick" Alford was in stable condition and Rodney Henderson suffered minor injuries, the center said, adding that they will both return to the U.S.

Also on Thursday, an American service member was killed in northern Iraq.

That service member, whose name will be released after their family is notified, was killed by an improvised explosive device during operations in northern Iraq, officials said.

Officials told the Associated Press that the service member was fatally wounded near the town of Bashiqa, north of Mosul, and was operating as an explosive ordnance disposal specialist in support of Kurdish Peshmerga.

Thousands of American forces are involved in the invasion of Mosul that began Monday in northern Iraq. Mosul is the Islamic State group’s capital in Iraq, and U.S. officials say it is heavily fortified with improvised explosive devices.

The Associated Press contributed to this report.

US sending $275 million in military aid to Ukraine

Including the latest aid, the U.S. has now committed more than $19.3 billion in weapons and other equipment to Ukraine since Russia attacked on Feb. 24.

Army Sgt. Alfred Sidney was reported missing in action in May 1951 after his unit was attacked in South Korea, the Defense POW/MIA Accounting Agency said.

About 2,000 independent pharmacies coming back to Tricare

Other pharmacies still have time to rejoin Tricare network, but reimbursement rates are lower in the coming year.

The Army pulled a Rose and let Navy (Jack) drown in the Atlantic.