The team of active-duty soldiers that hopes to put the first combat-wounded U.S. veteran atop the world's tallest peak won't leave for the climb until April, but on Tuesday its members took their biggest step toward the goal to date.

U.S. Expeditions and Explorations, better known as USX, launched its first crowdfunding effort in support of four climbers who will take on Mount Everest, aiming to raise more than $107,000 to cover what would be a history-making trek — and, the group hopes, a good bit more to help struggling veterans. It's also partnering with Sebastian Junger and Goldcrest Films, the team behind the Oscar-nominated "Restrepo" and "Korengal," for a documentary on the climb.

"If we just raise enough money to climb Everest, that's not enough. It's not worth going," Army 2nd Lt. Harold Earls, USX co-founder and team member, said last week. "The entire reason we're climbing is to help our soldiers. … To me, raising awareness isn't enough. It's just part of the battle. We need to put our money where our mouth is."

Anything donated to the group in excess of the goal will be split between two charities offering mental health services to military members: Give an Hour and Stop Soldier Suicide.

Also helping the cause: GovX, an online sales site open to military and federal employees, will serve as the climb's presenting sponsor and is assisting in the crowdfunding rollout as well as promoting the climb in an email to its 1.7 million members.

A Goldcrest-produced "sizzle reel" on the team debuted as part of the fundraiser.

The climb "is sort of outside the normal narrative about veterans," Junger said Wednesday. "The civilian community does a lot of walking on eggshells about veterans and how delicate they are, and you know, a few are delicate, but most have been enormously strengthened by their experience in war."

Taking on Everest, Junger said, amounts to "a great response to that sort of fallacy."

USX co-founder Capt. Matt Hickey, a platoon leader in Afghanistan who climbed Alaska's Denali while working with the Army's Northern Warfare Training Center, will lead the team, which has added a new member since the group's launch — 1st Lt. Elyse Ping Medvigy, another Afghanistan vet who has conquered Denali as well as Mount Kilimanjaro and multiple peaks across Africa and the Americas.

They'll be joined by Staff Sgt. Chad Jukes (ret.), who lost his right leg in 2006 to an improvised explosive device while in a supply convoy in northern Iraq. Jukes, another accomplished climber whose résumé includes Nepal's Lobuche (20,075 feet), has worked on behalf of multiple nonprofit groups since his injury and will make the climb as a representative of No Barriers, which works with veterans as well as offering programs for youth and the disabled.

He would be the first combat-wounded U.S. veteran to reach the top of Everest, according to USX.

Hickey and Earls went public with their venture this spring, but they didn’t meet in person until late August, when the team came together for training on Washington’s Mount Rainier. The experienced climbers sharpened their skills alongside Earls, who came up with the idea to climb Everest while a cadet at the U.S. Military Academy West Point, despite never having scaled a peak in his life.

The group worked on rope techniques, practiced the proper use of ladders on the mountain and eventually reached Rainier's summit, 14,400-plus feet from sea level.

The active-duty participants are making the trip outside of their official Army duties. They've scheduled leave to make room for training — both the Rainier work and a planned January trip to the Army Mountain Warfare School — and for the spring climb, a journey that will take nearly two months.

Earls reached out to several groups he hoped would have interest in supporting the effort — and, especially, the message behind it.

He found Junger and Goldcrest through West Point connections, and his pitch caught the filmmakers' eyes from the start.

"We were intrigued that someone so young wanted to do something this challenging," Goldcrest director Nick Quested said.

A four- to five-man film crew will travel to Everest with the USX team, Quested said, with fewer filmmakers accompanying climbers as the altitude increases. A documentary series on the climb should be ready for release by early 2017.

"They were very open to our ideas," Junger said. "We have to sort of pick and choose our projects, and Nick and I both felt that they weren't sort of fixed on one way of doing this. ... That makes things much, much easier."

Goldcrest and Junger are no strangers to crowdfunding efforts, having financed the theatrical release of "Korengal" via Kickstarter. It's a first for GovX, however, which features the Goldcrest-produced short on a Web page that lets GovX members donate to the climb. 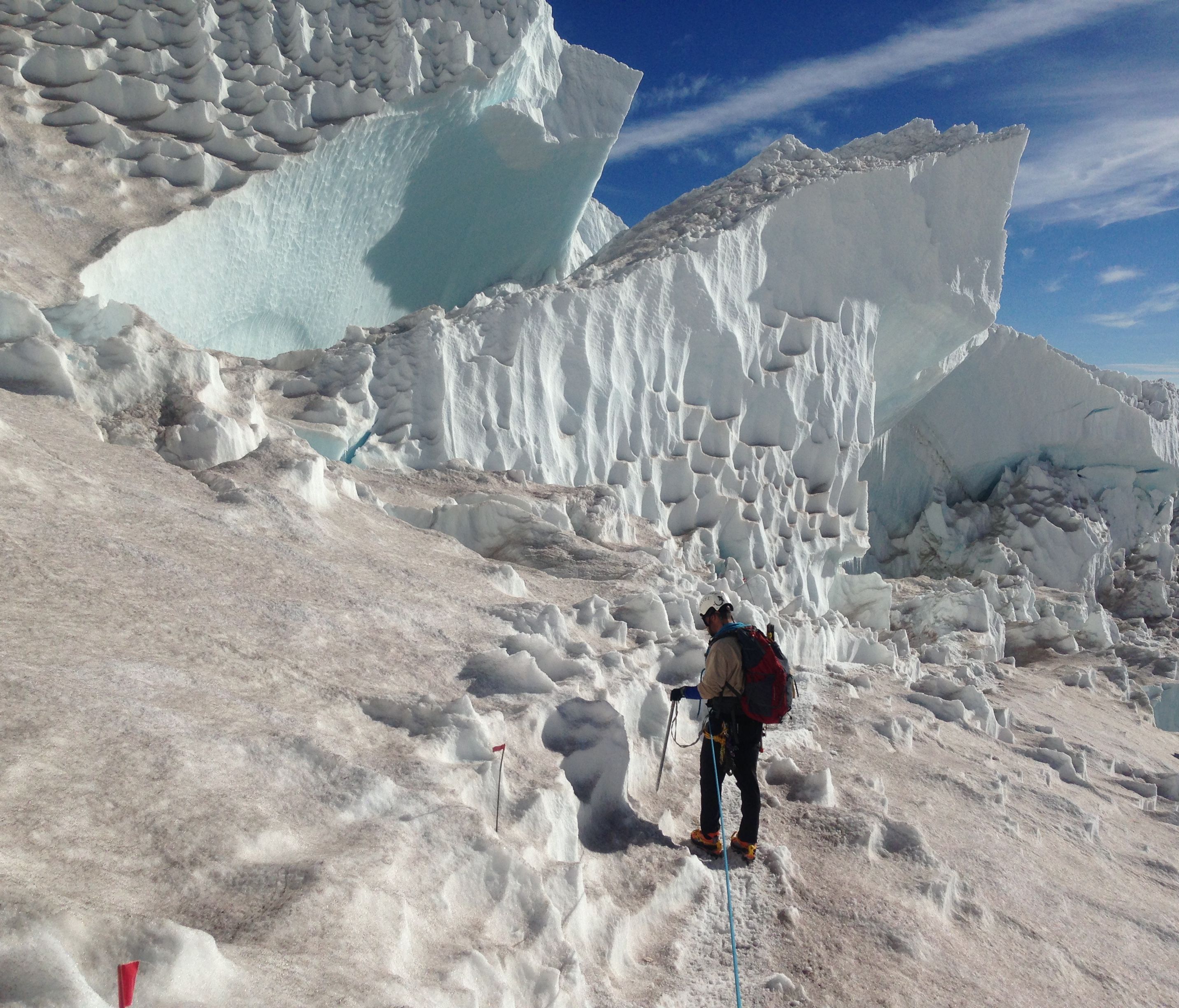 "Part of our mission is to help those who are serving," said Marc Van Buskirk, vice chairman and co-founder of GovX, whose company signed on as top sponsor shortly after executives heard the pitch from Earls. "We felt that we could do more than just write a check."

Earls, stationed at West Point but soon to be reassigned to the 3rd Infantry Division at Fort Stewart, Georgia, called the GovX support "incredible" and cited iconic sunglasses-maker Oakley as another valued partner. Without their backing, he said, the group "would never be in the position we are now to help raise awareness and funds for soldier mental health."

Air Force climbers reached the top of Everest in 2013. Marine veteran Staff Sgt. Charlie Linville, who had part of his right leg amputated after suffering injuries in Afghanistan in 2011, has twice attempted to climb the peak with backing from The Heroes Project; the first climb was sidelined after a deadly avalanche on the mountain in 2014, and a try this year was cut short by an earthquake in Nepal that curtailed the spring climbing season.